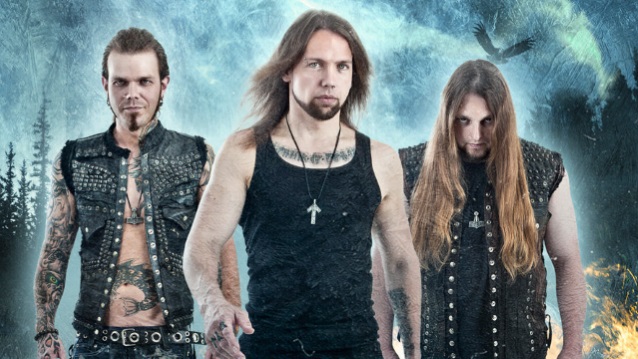 Faroese folk metal band TÝR will embark on a North American headlining tour in May. Special guests on the trek will be ORPHANED LAND, GHOST SHIP OCTAVIUS and AETERNAM. Exact cities and dates will be announced soon.

TÝR's most recent album, "Valkyrja", was released in 2013. The concept behind the disc involved a story based around a nameless, Viking-era warrior, who leaves his woman and goes off to impress the Valkyrie on the battlefield so that she may bring him to Valhalla, or to Fólkvangr, the home of Freyja — the goddess associated with love, sexuality, beauty, fertility, gold, sorcery, war, and death. One can say the album is also indirectly about women and how they affect men and what men will do to impress and obtain women. Frontman and founder Heri Joensen explained: "The woman that the warrior leaves may represent the earthly women. Freyja, The Lady Of The Slain, may represent the perfection of Women, and the Valkyrie is the link between the two, taking men from earthly to godly women."

ORPHANED LAND's latest album, "Unsung Prophets & Dead Messiahs", was released on January 26 via Century Media. The LP, which features artwork by Valnoir, was mixed and mastered by Jens Bogren.

ORPHANED LAND vocalist Kobi Farhi told Loud TV about "Unsung Prophets & Dead Messiahs": "We are back to concept albums. Concept albums give you the opportunity to be diverse, progressive. This is the best way for us to do albums. I think that in this album, we wanted to make a combined album of [2013's] 'All Is One', which was more upfront, and the concept and progressive music of [2004's] 'Mabool' and [2010's] 'ORWarriOR'. We thought that if we make a combination of them, it will be the best ORPHANED LAND album [yet]." 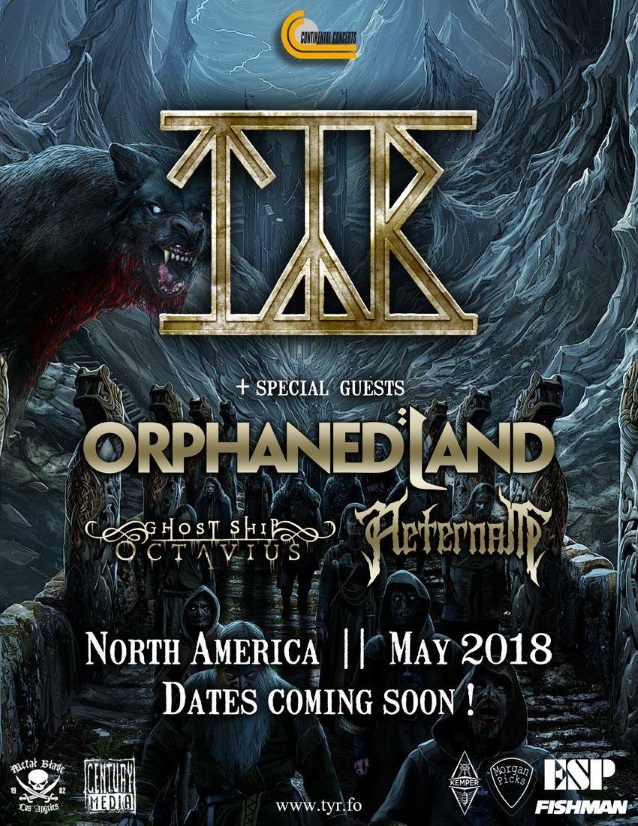