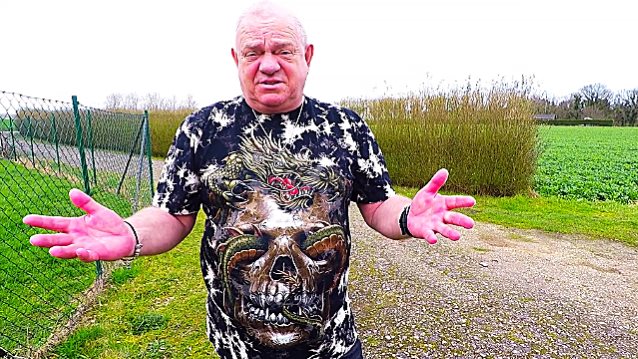 In a new video message, Udo offered an update on the new disc writing sessions, saying: "We are working already, yeah, you can say, nearly one week on the new album, and what can I say? I mean, it will be — you can believe me — a really, really good album coming up [with] a lot of good songs. And watch out."

"Decadent" was released in Europe in January 2015 via AFM. The disc was recorded in Udo's current home, Spanish island Ibiza, and also at Redhead Audio Productions in Wilhelmshaven.

DIRKSCHNEIDER released a live album called "Live - Back To The Roots" in October via AFM Records. The effort, which was recorded on April 2, 2016 at Kaminwerk in Memmingen, Germany, was made available as two-CD digipak and gatefold three-vinyl in four different colors (black, gold, silver and clear).