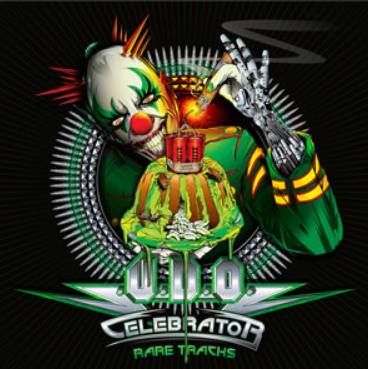 "Celebrator", a collection of rare tracks from U.D.O., the German metal band led by former ACCEPT frontman Udo Dirkschneider, will be released on double vinyl on August 17 via High Roller Records. It is limited to 500 copies in three different colors:

"Celebrator" entered the German Media Control chart at position No. 73.

The set was made available in Europe on May 4 via AFM Records and will be released in North America on June 19.

Check out audio samples using the SoundCloud player below (courtesy of Metal Hammer).

U.D.O.'s latest album, "Rev-Raptor", was released on May 20, 2011 via AFM Records. The recordings for the CD took place between June 2010 and February 2011 at Roxx studios (owned by U.D.O. guitarist and ex-ACCEPT drummer Stefan Kaufmann) in Pulheim, Germany. The effort was mastered by Manfred Melchior at MM Sound Digital studios in Steinhagen, Germany. The album's cover artwork is once again a comic-like motif: but the "Dominator" character is this time "a lot more effectual and colorful," according to a press release.