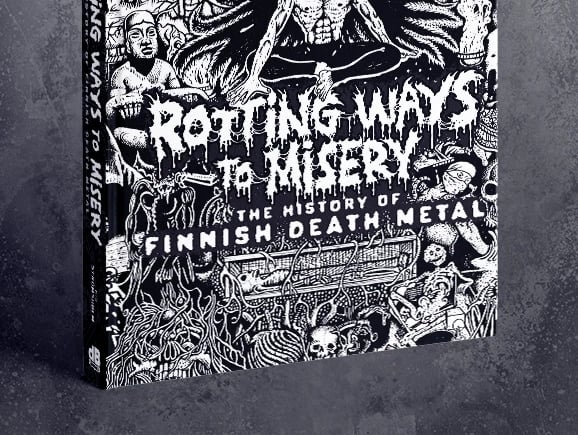 U.S Edition Of 'History Of Finnish Death Metal' Book Due In April

Decibel Books has announced the U.S. release of "Rotting Ways To Misery: The History Of Finnish Death Metal". The definitive guide to the magical and morbid world of Finnish death metal, exploring the extreme metal and thrash scenes of late '80s, the short-lived but explosive scene of the early '90s and the eventual devastating resurgence of death metal within the country.

The book also features contributions from outside of the scene from peers and admirers of Finnish death metal, including members of AUTOPSY, AT THE GATES, MISERY INDEX, THE HAUNTED, BENEDICTION, ASPHYX, ENTRAILS, BLACK CRUCIFIXION, TEITANBLOOD, UNCOFFINED, ANATOMIA and many, many more.

This essential reading on Finland's long overlooked impact on the death metal scene is strictly limited to 1,000 copies and will never be reprinted.

Pre-orders are available now and are expected to ship in late April. 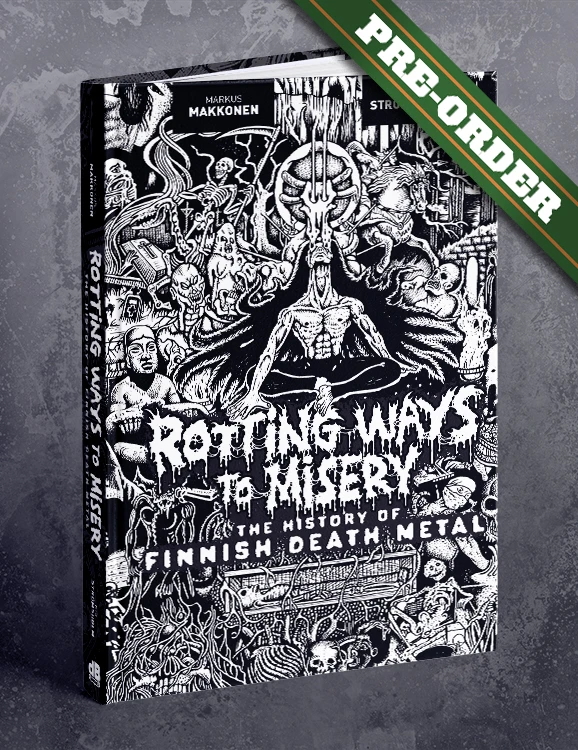 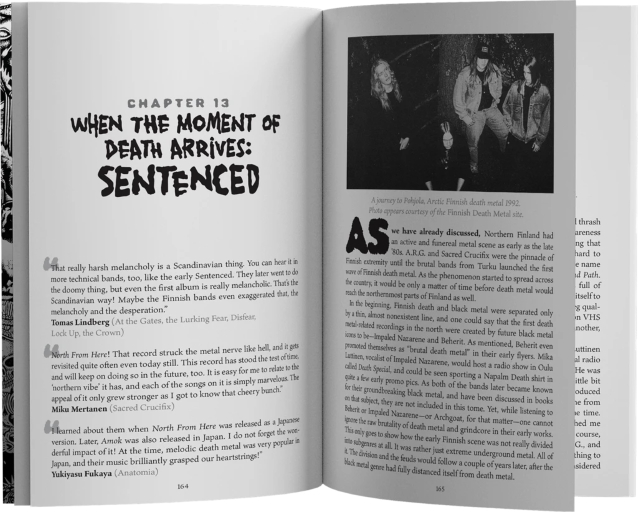 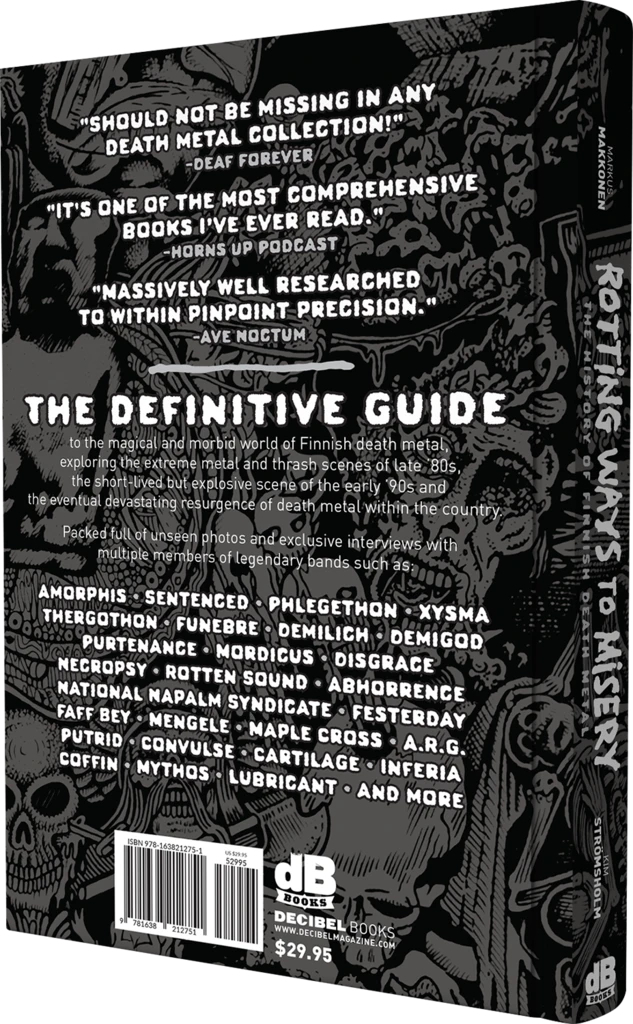