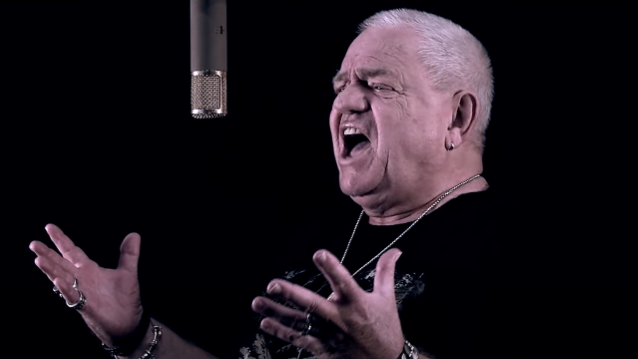 U.D.O. frontman Udo Dirkschneider recently spoke to Via Nocturna about the band's upcoming follow-up to 2018's "Steelfactory" LP. He said (as transcribed by BLABBERMOUTH.NET): "It will be a really good U.D.O. album. This is also the first time we are composing together with the two new members of U.D.O.," referring to bassist Tilen Hudrap and guitarist Dee Dammers. "Very interesting. And there are a lot of things there that will be a little bit of a surprise. But no, we are not changing the style, but a lot of little things are a little bit different. But it will be very interesting."

"Steelfactory" was released in August 2018 via AFM.

DIRKSCHNEIDER & THE OLD GANG, which is rounded out by Udo's son Sven Dirkschneider (drums),Manuela Bibert (vocals) and Mathias Dieth (guitar),issued its debut single, "Where The Angels Fly", last September. A second single, "Face Of A Stranger", followed in April.

On August 27, all three songs will be released as the "Arising" CD, a 12-inch vinyl and a download.