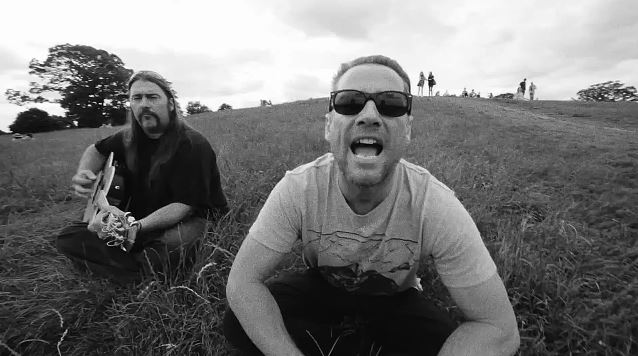 The video for "Black & White" was filmed on the streets of London and backstage at the last year's Download festival, and features cameos from Kennedy, STEEL PANTHER, Benji Webbe (SKINDRED),Philip Anselmo (PANTERA, DOWN),Dee Snider (TWISTED SISTER) and Chris Jericho (FOZZY).

ANOTHER ANIMAL issued its first disc in late 2007, but despite a rock radio hit with "Broken Again", sales did not materialize for the set.

ANOTHER ANIMAL performed on the 2011 ShipRocked "music and lifestyle" cruise, which sailed from Fort Lauderdale, Florida to Mexico and back over the course of five days, and released a new single called "Fall Of Rome" that same year.