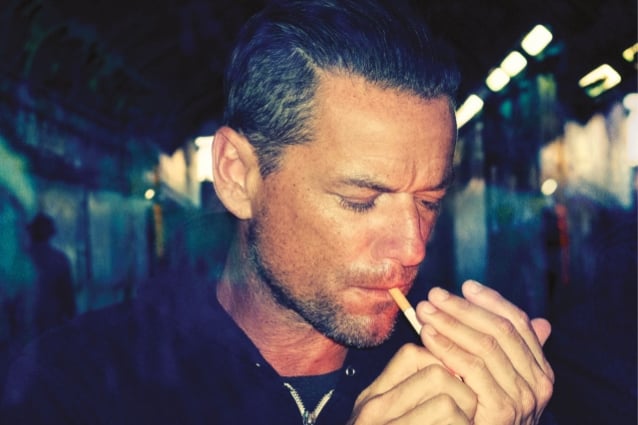 This September, UGLY KID JOE singer Whitfield Crane will embark on his first-ever solo tour. This unique show, dubbed "Playing All The Songs", will allow Whit to play tracks from his extensive back catalog for the very first time, including songs from ANOTHER ANIMAL, MEDICATION, LIFE OF AGONY, YELLOWCAKE, RICHARDS/CRANE and, of course, UGLY KID JOE.

An incredible cast of characters has assembled to bring these tracks to life, including Matt Reynolds (HAGGARD CAT) on guitar, Tom Marsh (HAGGARD CAT) on drums, and the inimitable Toshi (SLAVES TO GRAVITY) on bass.

In a 2018 interview with Amnplify, Crane was asked if has a preference between intimate shows and the bigger arena sets. He responded: "I just like a full room. I'll work with whatever you give me and I'll make it happen, but if you give me a full room, as a performer or as fronting a band, whatever you want to call it, if you have a full room, you can really harness the energy and really communicate through. The thing [with] a lot a clubs is that it's really intimate, it can be super personal. I went and toured with Alice Cooper and Duff McKagan, and on the off days, we'd go and play club gigs and it was interesting… You know Duff plays massive gigs with GUNS N' ROSES and you listen to his take on it and he prefers the smaller intimate gigs; he loves that it's really personal. But for me personally, I'm always going to celebrate the moment that I have there, but I flourish if that moment has a full room, whether it's a club or a soccer stadium."

In the same interview, Crane talked about UGLY KID JOE's 1992 song "Panhandlin' Prince" in which he asked Donald Trump for some spare change. Asked what he would say to Trump now, if he could, Crane said: "Can I have some spare change, sucker? I'm standing by my words. That guy's been a douche the whole time and now he's just a presidential douche."

Pressed about whether he thinks politics and music should ever be associated, Crane said: "Not for me. For me, rock 'n' roll music is not political at all, but there are artists out there that use their music to get their political view across and sometimes it's powerful. If you wanted a blanket statement, I'd say that there’s a couple of brilliant-minded artists that when they speak, they do it brilliantly and I think that's fine, but a lot of the time I think it can be a little obnoxious." 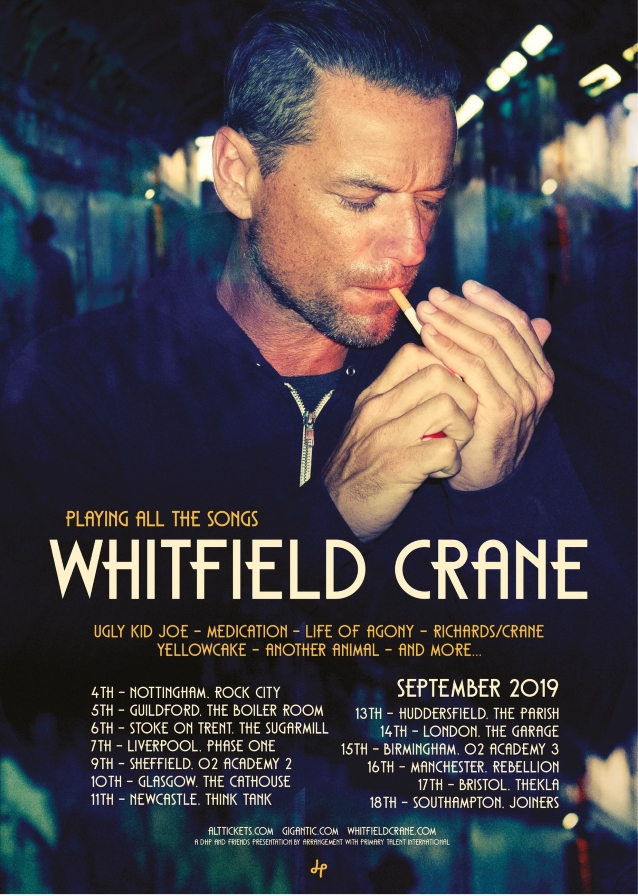