Kicking off this month, Britain's Q magazine has been completely revamped with a stylish new design and gracing the striking new cover for this overhaul is the duck-walking, school uniform-wearing, flat capped rock giant of AC/DC.

Join Angus Young — the tiny, teetotal AC/DC riffmeister-in-chief who has notched up an awe-inspiring 200 million album sales to date as he pulls on his schoolboy gear and runs around like a lunatic for an hour with a set of devil horns glued to his head.
Plus check out Q's exclusive behind-the-scenes gallery of the Angus Young cover shoot, an AC/DC-themed quiz and a classic AC/DC interview on the Q web site.

You can also tune into Q Radio in October for special AC/DC programming, including interviews with Brian Johnson, AC/DC live in Madrid, and much more.

AC/DC has extended its trek across North America by adding sixteen more shows to its Black Ice World Tour. Newly added dates begin on December 20, in Ft. Lauderdale, FL and wrap up on January 31, 2009 in Nashville, TN. The tour kicks off on October 28, 2008 in Wilkes-Barre, PA.

18 Black Ice World Tour concerts sold out in record time when tickets went on sale for the initial round of on-sales, with shows being added in Chicago, Los Angeles, and Oakland due to unprecedented fan demand.

A new AC/DC track entitled "War Machine" is available for streaming on the band's MySpace page. The song comes off the Australian hard rock legends' first studio album in eight years, "Black Ice", which will arrive on October 20 and will sold exclusively at Wal-Mart, Sam's Club and ACDC.com in the U.S. All three plan multiple promotional campaigns aimed at the group's millions of fans. 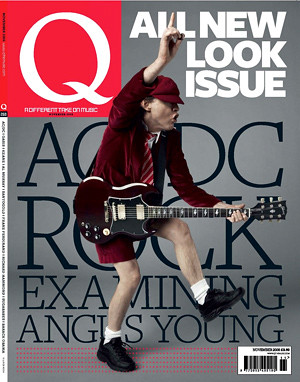