UNISONIC To Release 'For The Kingdom' EP In May

UNISONIC, the band featuring former HELLOWEEN vocalist Michael Kiske and guitarist/vocalist Kai Hansen alongside guitarist Mandy Meyer (ASIA, GOTTHARD and KROKUS),bassist Dennis Ward and drummer Kosta Zafiriou (both of Germany's PINK CREAM 69),will release a new EP, "For The Kingdom", on May 23 via earMUSIC/Edel. Produced by Ward, the EP contains the fast album track "For The Kingdom", the exclusive song "You Come Undone" (only available on this release) plus four previously unreleased live cuts: "Unisonic", "Never Too Late", "Star Rider" and "Souls Alive", all recorded at the 2012 edition of the Masters Of Rock festival in Czech Republic. The EP cover artwork was created by graphic artist Martin Hausler, who previously worked with UNISONIC on the band's debut album cover design.

"For The Kingdom" will be available on CD, strictly limited 12-inch vinyl and as a digital download.

"Unisonic" was recorded at ICP Studios in Brussels, Belgium. The CD — which features 11 tracks, plus a bonus live version of HELLOWEEN classic "I Want Out", only available on the domestic edition, and cover art by Martin Häusler (MEAT LOAF, GOTTHARD, HELLOWEEN, MOTÖRHEAD) — marked the first full-length musical union between Kiske and Hansen in 23 years.

UNISONIC released its debut EP, "Ignition" on January 27, 2012 via earMUSIC/Edel. The effort included the track "Unisonic" plus one demo song and a cover version of the HELLOWEEN classic "I Want Out", recorded live on October 15, 2011 at the Loud Park festival at Saitama Super Arena, a multi-purpose indoor arena located in Saitama City, Japan.

Hansen's position in GAMMA RAY is unaffected by his involvement with UNISONIC. 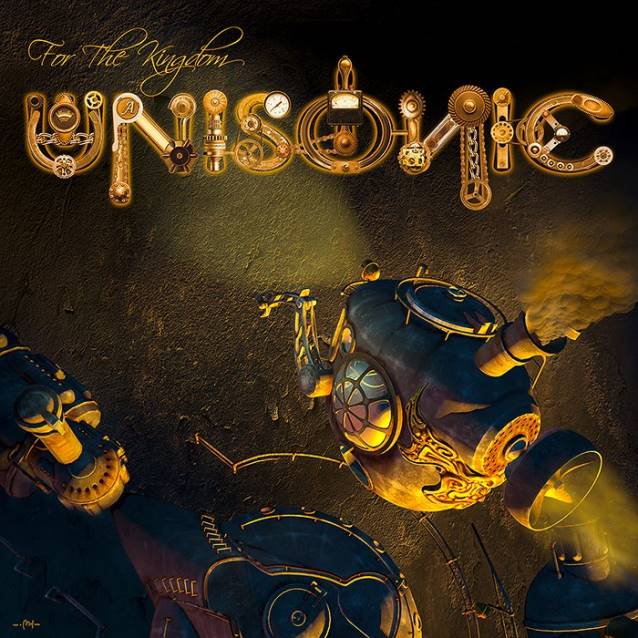