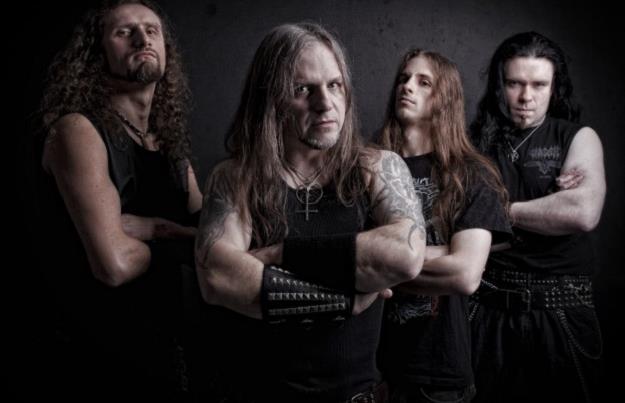 "Tibi Et Igni" (a Latin phrase which translates to "For You And Fire"),the new album from Polish death metal veterans VADER, can be streamed in its entirety using the SoundCloud widget below. Due on May 30 via Nuclear Blast, the follow-up to 2011's "Welcome To The Morbid Reich" was recorded at Hertz Studio in Bialystok, Poland with producers Wojtek and Slawek Wiesawski. The artwork was handled this time by a true legend of visuals, Joe Petagno (MOTÖRHEAD).

Commented VADER mainman Piotr "Peter" Wiwczarek: "Joe is a legend! Not just because he created MOTÖRHEAD logo or breathtaking artworks for many outstanding albums. Joe is over all times and his imagination touches the Hell itself…. And this is enough reason to ask him for painting 'a Hellfire' for VADER's new music. He accepted it and… made me so proud!"

Joe Petagno added: "They have been on my 'get in touch' list for years. Finally we managed it and for a killer album very appropriately titled: 'Tibi Et Igni'."

Side A: Necropolis
Side B: Przeklęty Na Wieki (Cursed Eternally)

"Tibi Et Igni" will be made available as a standard jewelcase CD, digipak (with 2 bonus tracks),as colored vinyl with a bonus seven-inch EP (including 2 bonus tracks) and exclusively at Nuclear Blast mailorder as a limited digipak edition with a signed VADER tourbook.

Side A: "Where Angels Weep"
Side B: "Triumph Of Death"

The song "Where Angels Weep" was also made available digitally.

The vinyl and the digital version were released on April 18 via Nuclear Blast. 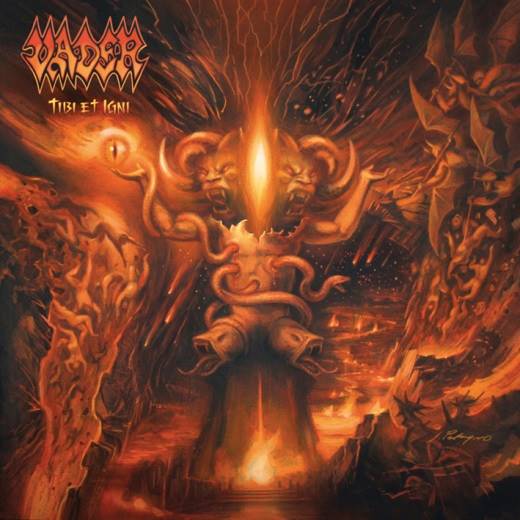