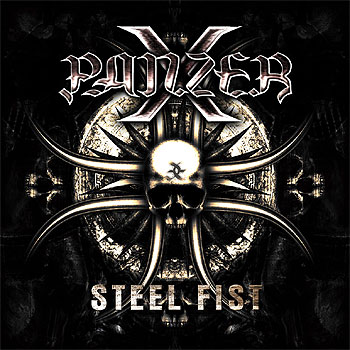 PANZER X, the solo project of VADER vocalist/guitarist Peter, have announced the details of their upcoming promotional CD.

The disc, entitled "Steel Fist", "will contain more stuff than was previously announced and it's going to be more like a debut MCD of the band than simply a promo tape," according to a post on VADER's web site.

The complete track listing for "Steel Fist" is as follows:

Vitek from DECAPITATED recorded all the drums for the CD, which will feature artwork from Wojtek Blasiak (MOONSPELL).

The second part of the CD recordings is scheduled to take place in the middle of January at Studio X in Olsztyn, Poland.

"Steel First" is being engineered by Szymon Czech and is being produced by Peter himself.