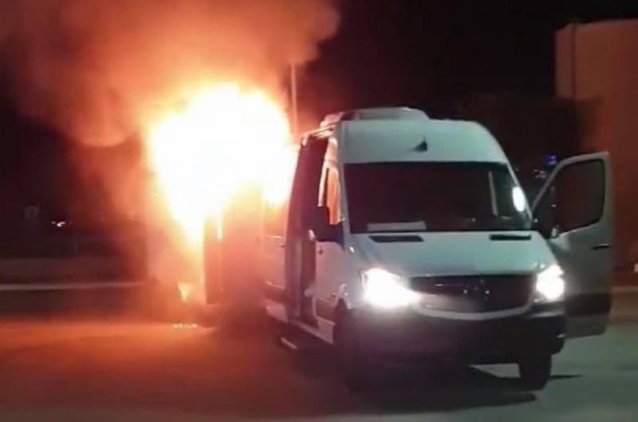 BETRAYING THE MARTYRS has been forced to cancel the rest of their North American summer "Rapture" tour, including Thursday night's (July 11) show in Orangevale, California, after being involved in a serious auto incident following the band's show in Los Angeles.

All crew and band members are safe.

The incident happened around 4 a.m. when the trailer portion of the band's Mercedes Sprinter van caught fire. All band and crew members were able to safely to exit the vehicle with no major injuries. Tragically, all of the band's equipment was lost in the blaze.

Singer Aaron Matts commented: "We're all shaken by what has happened this morning. We're well but very heartbroken that all we have worked hard to accumulate over the years, both in musical equipment and personal belongings, has been lost in a matter of minutes. I'm grateful that we have our health, each other and were able to walk away with the clothes on our backs. We are extremely sorry to have missed another opportunity to play for those that were looking forward to see us. We'll bounce back and we'll see you soon. Thank you."

Guitarist Baptiste Vigier added: "This is the most tragic event that has ever happened in our band's career, and in my entire life. Earlier this morning, I was awakened by our driver screaming and urging us all to get out of the vehicle. Although I'm incredibly thankful to still be alive and tell this story, I lost all my gear and personal belongings. We feel incredibly powerless and in shock."

A GoFundMe campaign has been launched to help BETRAYING THE MARTYRS replace the items lost in the fire.

"ANY donation will be incredibly helpful to all of us and will go directly towards rebuilding our band, to help us get back home and ultimately to keep doing what we love, which is creating music and sharing it with our fans," the band says. "If you've ever had the chance to catch BTM live, if you know the band or simply follow what we do, if you've shared the stage with us, if you've ever listened to or streamed our music, we're asking for your help."

The band adds, "There is absolutely no way we could thank enough, our driver and new best friend Daniel Johnson. This man literally ran into the flames in an attempt to salvage our belongings and to ensure our safety and well-being. Daniel acted out of pure courage and professionalism in order for the band and crew to be safe and at a lower risk of injury. Whatever we have left after this, we owe it to you, Daniel. A part of potential funds raised will be going to Daniel to compensate for his courage and for his belongings lost."

The tour will continue with WITHIN DESTRUCTION and SENTINELS. "We encourage you to come support our tour brothers that we must unfortunately leave," says BETRAYING THE MARTYRS. "Show them some love too." 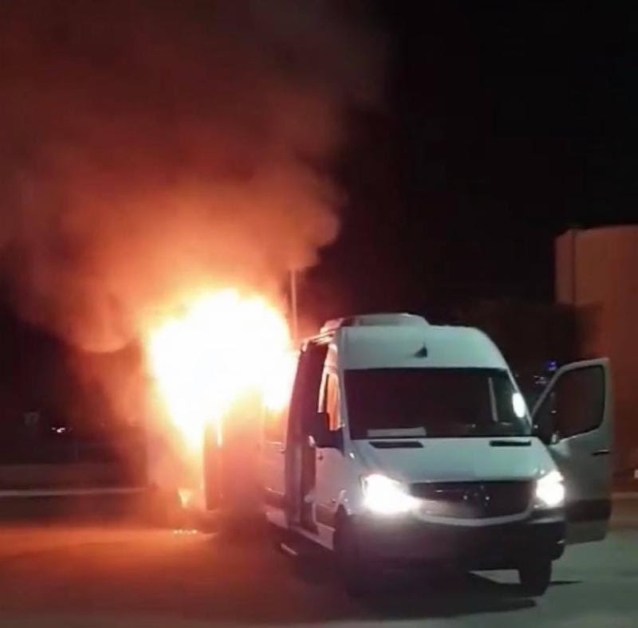 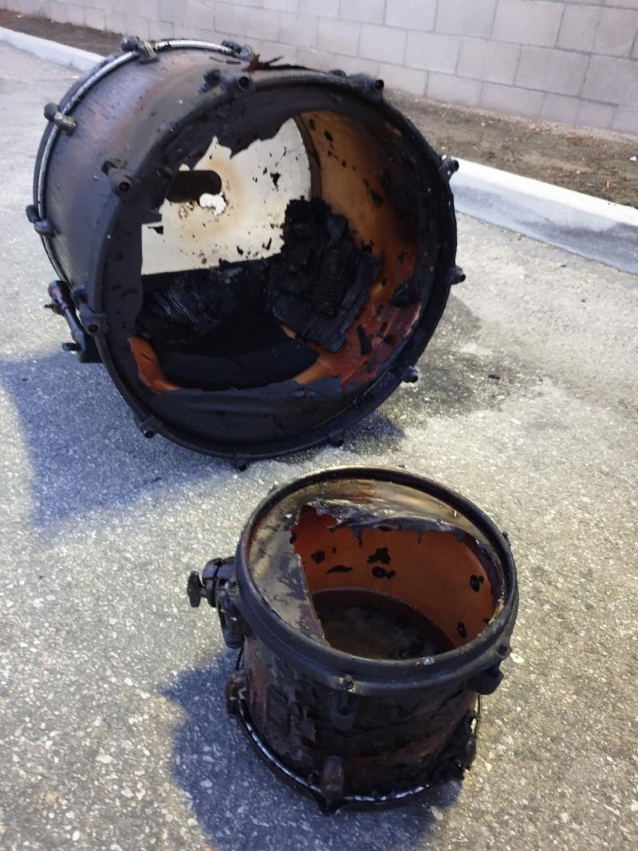 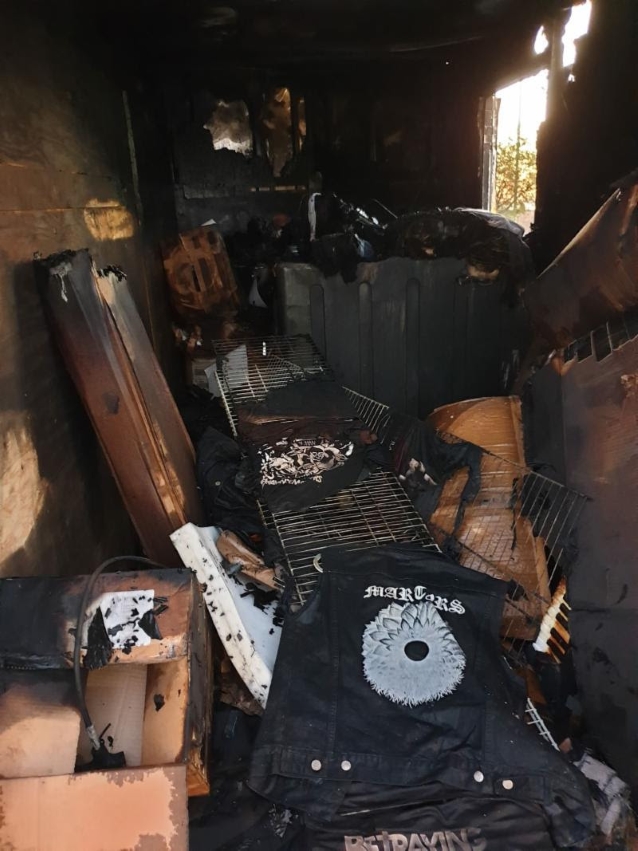