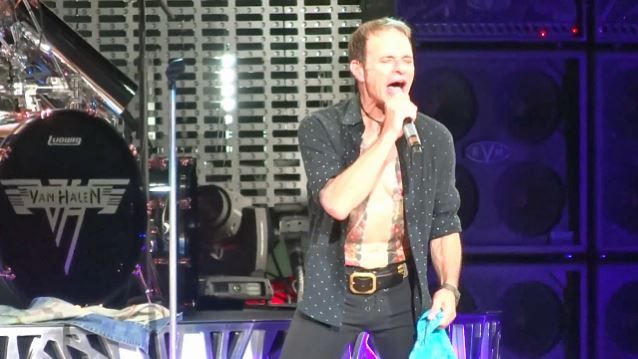 VAN HALEN kicked off its 2015 summer tour Sunday night (July 5) in Seattle and pulled out some rarely played deep cuts from its catalog. The band started the show with "Light Up The Sky" from its 1979 sophomore album, a track that hasn't been played live in 35 years, and performed "Drop Dead Legs" and "Dirty Movies" live for the first time. Also included in the setlist was the rarely performed "In A Simple Rhyme" from 1980's "Women And Children First".

VAN HALEN is touring in support of "Tokyo Dome: Live In Concert", the band's first live release with David Lee Roth on vocals.

VAN HALEN bassist Wolfgang Van Halen told The Pulse Of Radio that his dad Eddie handed down some key tricks of the trade when playing live. "He definitely has some quirky lines he gives me that definitely help me out, like, in terms of playing music, 'If you ever make a mistake, do it twice so the audience thinks you meant to do it.' [Laughs]."

Eddie Van Halen admitted to The Pulse Of Radio a while back that he can't pick a favorite out of the band's many albums. "Well, I tell ya — to me, they're all special," he said. "They're all a bit different, but I love 'em all. Y'know, they're all a piece of me, so they're all very special." 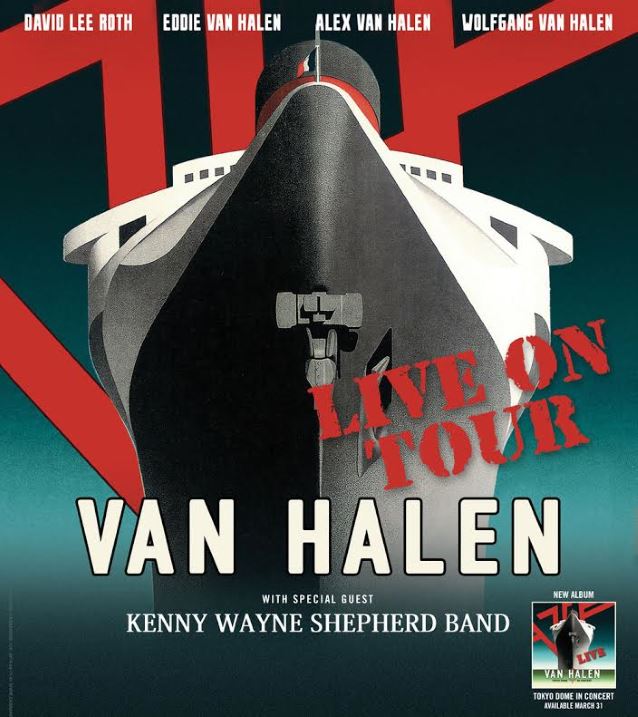