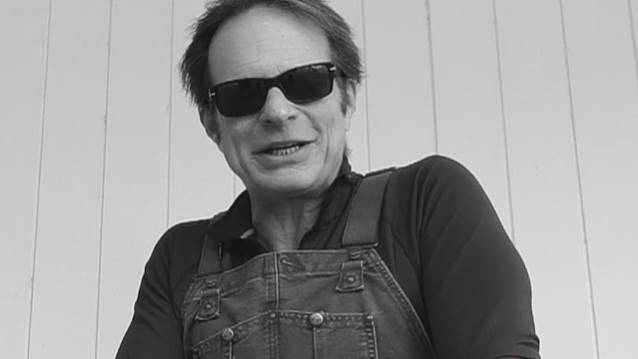 VAN HALEN frontman David Lee Roth says that a stalker has been terrorizing him by calling his phone nearly a hundred times in the past few months.

"The phone calls show up on my old phone but they don't show up on the phone bill.

"Somebody knows a little bit about tech. They even know how to remove the number out of my phone when they want to.

"This is not the first time I've bought the land and gotten some of the unhappy Indians. There is a list of unhappy ex-colleagues, as there always is in show biz, but this stalker is particularly obsessed. They're no longer prank calls.

"Having been through the process with the private detectives, lawyers, FBI and ex-FBI, I can speak with some authority. These stalker calls come under the heading of 'Domestic Terrorism.'

"This is all news to me, so let me share it with you. I grew up thinking prank calls were the equivalent to toilet papering the old Coach's house once a season. Just this season alone, I've had my house toilet papered four dozen times.

"As it was explained to me by the professionals, these calls are designed to make you terrified, nervous, afraid, upset and ruin your day, which is exactly what happened to me during my first stalker experience in 1977. I went through the phases of anger, fear, denial, etc.

"VAN HALEN was instantly successful. We sold 10 million records in weeks. With that success comes trolls and more.

"I've always supported trolling on the Internet. You know that. It's one of my favorite parts. If I was more digitally literate, I would be a critic as well.

"Having been through the stalker experience one time curiously made the second time even worse. I was more afraid and more intimidated the second time around. It really threw me off in the way where you stop eating or you eat too much and you sleep all the time. I've also experienced stalker calls from groups of people.

"There was a biker group in Florida while we were recording out of Gloria Estefan's studio (highly recommend it). They got up to 40 calls and started physically following me around. Somebody tried to kidnap my father at gunpoint too. That's an extreme version of bad news looking to ruin your day. Perhaps these scenarios are a bit more familiar to me than others.

"Could you imagine someone sneaking into your apartment and slapping your wife awake from a dead sleep and then running away into the dark? She's going to have a physical, violent reaction. Her heart rate will skyrocket, her face is going to turn red, she will be sweating, crying and accusing — all justifiably.

"You think that was dramatic? Wait until that same person sneaks into your home and slaps your little girl awake. I don't care if she's days old much less months old. All that it's going to take is four of those calls and she is going to fear the morning much less the phone. 'Mommy, Mommy why is that call happening?' She's going to stop eating, start oversleeping and begin disassociating with people — that's the entire purpose and why this is a violent felony and assault.

"If I have a heart attack because of that phone call, it's assault and battery plus felony manslaughter. If my wife wakes up screaming and goes running down the dark hall to take care of the children and accidentally falls down the stairs — it's felony assault and battery with intent.

"We all know the word 'mayhem' from comic books, 'The Masters of Mayhem.' Intent to mayhem means somebody wants you to be physically hurt. Getting somebody's heart rate up and distracting them to the point where they crash their car — that's violent assault and battery with intent to commit mayhem.

"Somebody out there knows their tech. None of the phone numbers show up on my phone bill. Whoever is doing this knows that it's a felony and he's hiding. It may be a woman but I'll characterize it for the sake of the article as a 'he.' I haven't pursued it beyond all the normal channels. What can I do? But I certainly invite anyone who speaks tech to weigh in here because it's pretty rare that just one person does this much obsessive conduct and nobody else knows about it. Whoever is doing this works somewhere, they eat lunch somewhere, they sleep somewhere and probably with someone.

"You better be careful. I'm a stranger and look what they did to me. You're family, you're familiar. He'll turn on you with the exact same teeth and the exact same rationalizations they may have used to come after me. 9 times out of 10, I'm told, you get a shot of tequila or espresso in the belly of whoever is dialing that phone they'll tell you, 'I don't know. I've always hated the guy' or 'I don't know he went somewhere I wanted to visit and I didn't go so I thought I'd fuck him up.' Usually that's all this is but there's somebody out there who knows who's doing this. Give me a call…"