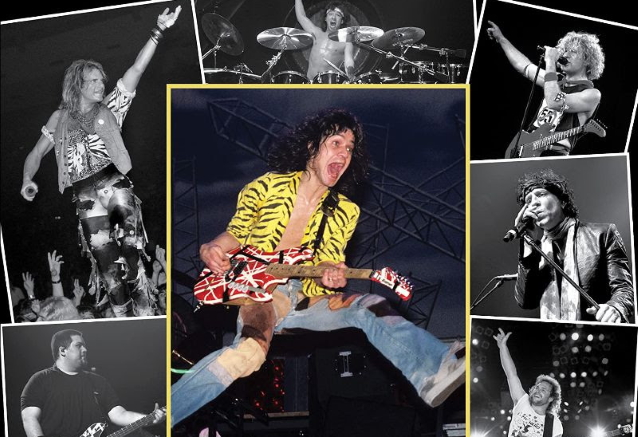 Backbeat Books has announced the October 1, 2021 release of "Van Halen: The Eruption And The Aftershock" by Michael Christopher. The book is available now for pre-order in multiple formats.

This is the epic story of how one of America's greatest bands weathered arguably the most dramatic soap opera in rock and roll history with songs that would weave themselves into the fabric of every musician who heard them, alongside an incendiary and unrivaled live show that wowed audiences worldwide.

Featuring exclusive interviews with insiders, fans and artists who were there to witness the rise, the tumult and the making of legends, it's a story that has to be read to be believed. The book includes input from members of BLACK SABBATH, ALICE IN CHAINS, VELVET REVOLVER, PANTERA, RATT, STRYPER and many, many more, alongside never-before-seen photos and previously unpublished interviews with VAN HALEN alums Sammy Hagar, Michael Anthony and Gary Cherone.

Come the late '70s, the rock music landscape was littered with the bloated carcasses of bands who partied too hard, burned out or became complacent in success. The door was open for something fresh, wild and enrapturing.

Made up of two Dutch-born brothers, one on drums and the other whose guitar was an extension of his very being, a bass player with a golden throat, and a frontman who made up for his lack of traditional singing ability with attitude and gravity-defying acrobatics onstage, they were unlike anything ever seen before.

Alex and Edward Van Halen, Michael Anthony and David Lee Roth put a cap on one decade and exploded into the next with a brand of music not quite punk, not quite metal, and not at all subtle.

They went from headlining backyard keggers to top billing at the US Festival in front of three hundred thousand people within five years. Then, right when it looked like there wasn't an obstacle created to slow the mighty VAN HALEN ascent, the group imploded from the inside out, only to rebound stronger than ever with ex-MONTROSE howler Sammy Hagar leading them to four consecutive Number One albums.

"This book has been a passion project from the beginning, and you'll be hard pressed to find another writer who has covered VAN HALEN so comprehensively over the years and with such reverence,” says Christopher. "But after the passing of Eddie Van Halen, the news cycle eventually moved on. As it says in the introduction, I wasn't ready to, and felt like there was still much to say, not just from myself, but the fans, musicians, and so, so many more who have been affected by VAN HALEN."

Exhaustively researched, "Van Halen: The Eruption And The Aftershock" examines:

Early Praise for "Van Halen: The Eruption And The Aftershock"

Philip H. Anselmo (PANTERA, DOWN): "It's an explosive legacy. It's cemented. They kicked every ass that was in front of them."

Heidi Ellen Robinson-Fitzgerald (HERFitz PR): "I was part of VAN HALEN's PR team at Warner Bros. in the late '70s. I cried and I laughed out loud more than a few times while reading this book, recognizing occurrences I hadn't thought about in decades. The VAN HALEN I knew is on these pages, and Michael has painted a brilliant portrait of them."

Tony Iommi (BLACK SABBATH): "There's only one VAN HALEN, and they were really, really good."

William DuVall (ALICE IN CHAINS): "It was just such a steamroller, and those guys were doing that night after night no matter what condition they were in."

Christopher is a journalist and music historian. He is the author of "Depeche Mode FAQ: All That's Left to Know About the World's Finest Synth-Pop Band". A senior writer for the online music magazine Vanyaland, where he was a founding member and later managing editor, he contributes frequently to Ultimate Classic Rock, Loudwire and appears regularly on television, radio, and podcasts as an expert on a variety of music-related topics. He also has a syndicated music and lifestyle column for a series of newspapers in the Philadelphia metro region and beyond under the MediaNews Group banner. His work has appeared in the Boston Phoenix, Boston Magazine, LA Weekly, PopMatters, Rockpile, Ronda, Screen Rant and Diffuser. Michael lives in Boston, building a respectable vinyl collection. 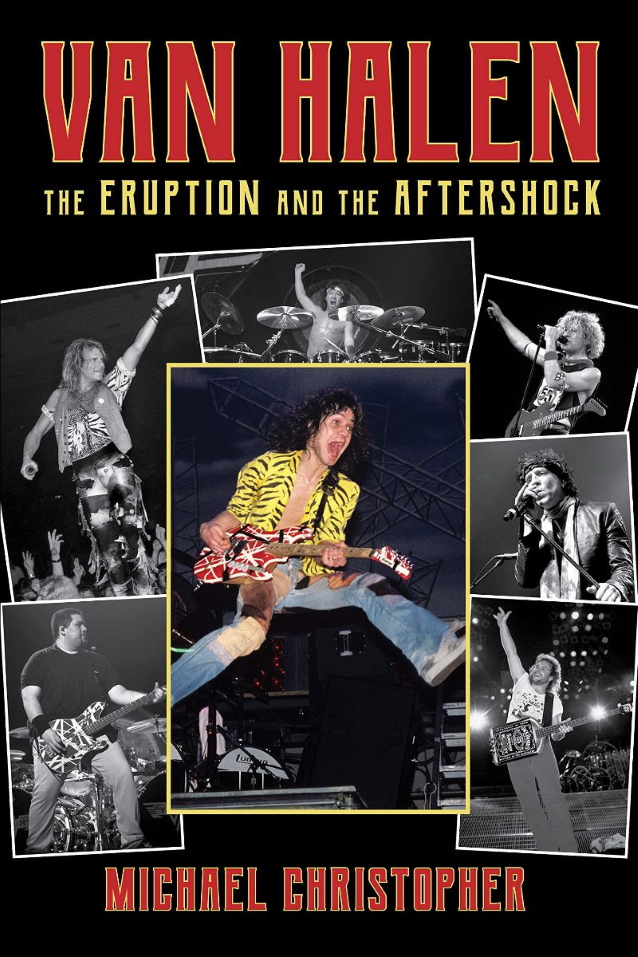