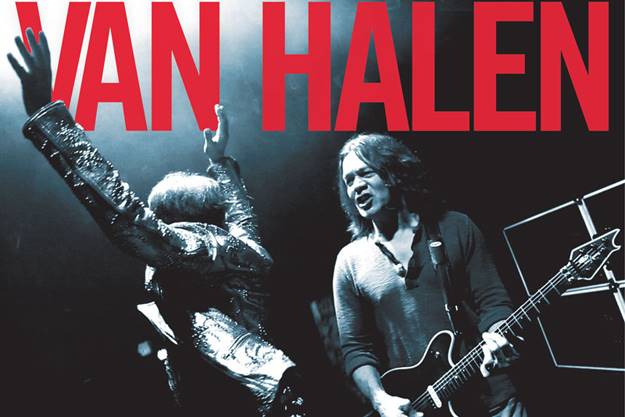 VAN HALEN To Perform Live On 'The Ellen DeGeneres Show'

VAN HALEN will promote the release of its new concert album, "Live: Tokyo Dome In Concert", with a live performance on "The Ellen DeGeneres Show" on Thursday, April 2.

A posting on "The Ellen DeGeneres Show" web site reads: "They are 'what dreams are made of'… a legendary, 'unchained' world-renowned rock band that continues to tear up the stage four decades since their beginning. VAN HALEN is here! In a daytime exclusive, the California rockers will take over Ellen's stage to perform one of their favorite songs as they embark on their greatest hits tour!

"They're some of the most talented, wildest and most exciting musicians of all time. Nearly all of VAN HALEN's albums have gone triple platinum, featuring iconic records like 'You Really Got Me', 'Runnin' With The Devil' and 'Dancing In The Street'. Ellen and her audience will be dancing through the aisles when VAN HALEN brings the heat to the room!"

VAN HALEN will release "Live: Tokyo Dome In Concert" on March 31. Recorded on June 21, 2013 at the Tokyo Dome in Japan, the set features 23 tracks taken from all seven albums the band recorded with David Lee Roth as frontman. It will also include tracks from the group’s 2012 reunion effort, "A Different Kind Of Truth".

A deluxe collection featuring "Tokyo Dome Live In Concert" and the newly remastered "Van Halen" and "1984" albums, as both a four-CD set and a six-LP vinyl set in special packaging, will also be available March 31.