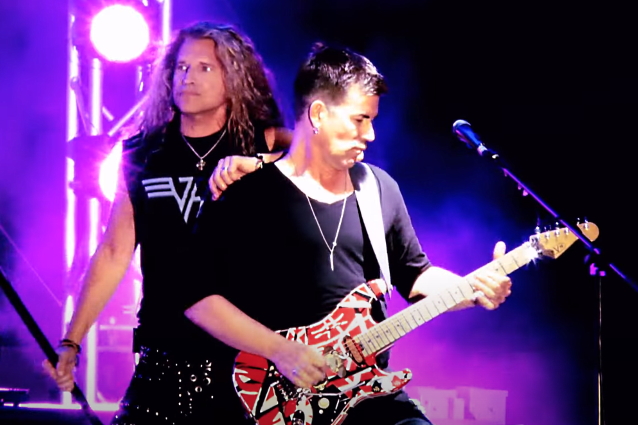 Multi-camera video footage of MITCH MALLOY'S VH EXPERIENCE performing the VAN HALEN classic "Somebody Get Me A Doctor" at the Destin concert can be seen below.