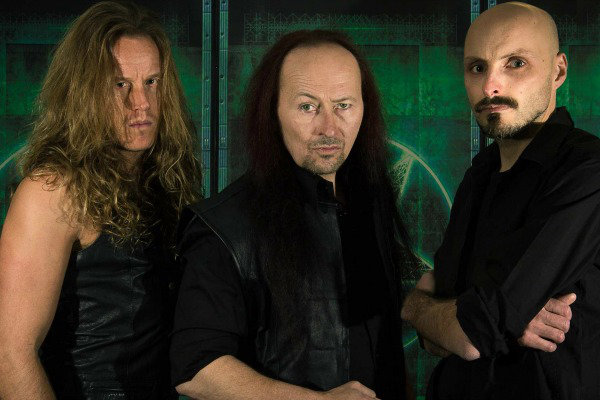 VENOM To Release 'From The Very Depths' Album In January

British black metal pioneers VENOM will release their new studio album, "From The Very Depths", on January 27, 2015 via Spinefarm. The effort will be made via CD and download, with a double vinyl format to follow shortly after.

"All three members are totally over-the-top confident with the new songs and the production.

"We had a great atmosphere in the studio while we were recording. Danté created pure thunder from his drums, while Rage tears the flesh off your face with his riffs, making everything fall into place so well.

"It's a strong release and really shows the band maturing into an unstoppable force of pure black metal.

"We can't wait to play the new songs live for the Legions... Hell yeah!"