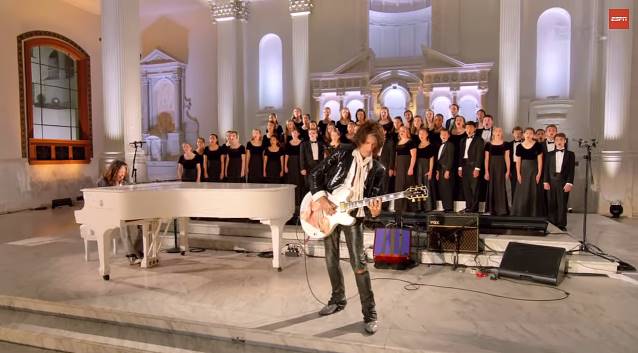 "It's almost like [the song] was written for this unfortunate event," Tyler told People magazine. "The lyrics, it's one of those rare songs that you can apply to a lot of different things, you can interpret it how you want, which is really the magic of music," added Perry. "You can take it, and you can apply it to something very personal and small or something — a big event, an event like what happened in Boston."

The show first aired this past Saturday on ABC. An updated version will be broadcast on ESPN on Tuesday, April 15, at 7 p.m.

A clip of Tyler and Perry's "Dream On" performance with the Southern California Children's Chorus can be seen below.