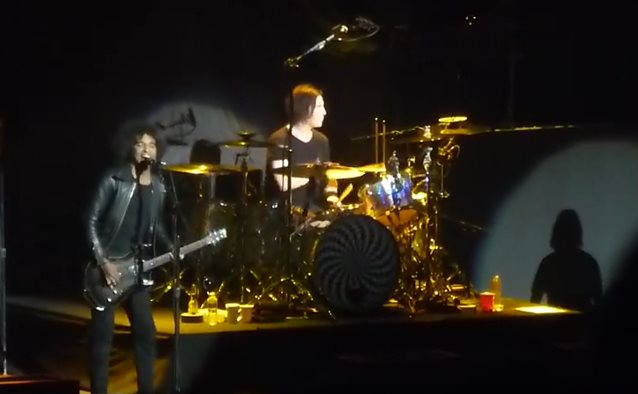 Fan-filmed video footage of ALICE IN CHAINS' April 8 performance at Las Vegas's new T-Mobile Arena as the support act for GUNS N' ROSES can be seen below.

ALICE IN CHAINS last year completed a 19-date summer tour that launched on July 17 at the Pala Casino Spa & Resort near San Diego, wrapping up in Bethlehem, Pennsylvania on August 16.

The band donated two dollars from every pre-sold ticket to a fundraiser in memory of a fan named Stefan Dayne-Ankle, who passed away after a battle with leukemia.

The dates marked the first tour for the band since they hit the road back in 2013 and 2014 in support of their latest album, "The Devil Put Dinosaurs Here".

ALICE IN CHAINS was previously in the Top Two with its self-titled 1995 set, which debuted at No. 1 on that year's November 25 chart, according to Billboard.com. It would be their final studio release with singer Layne Staley, who died in 2002.

"The Devil Put Dinosaurs Here" was ALICE IN CHAINS' second album with William DuVall on vocals.