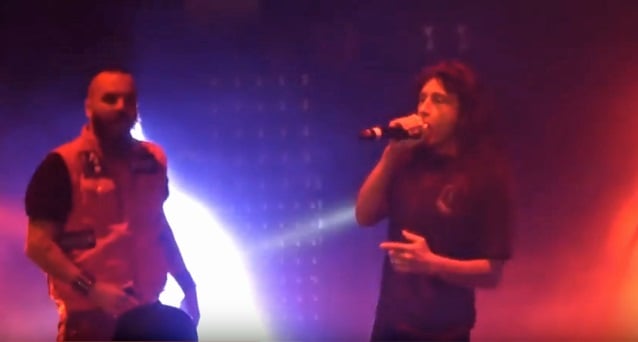 Fan-filmed video footage of ANTHRAX singer Joey Belladonna performing the DIO classic "Holy Diver" with KILLSWITCH ENGAGE on January 27 at Sherman Theater in Stroudsburg, Pennsylvania can be seen below.

KILLSWITCH ENGAGE played in Stroudsburg as part of "KillThrax II", a co-headlining bill with ANTHRAX that also features HAVOK as support.

As with the inaugural "KillThrax" tour, KILLSWITCH ENGAGE and ANTHRAX are rotating the show's closing slot on "KillThrax II".

Released in February 2016, ANTHRAX's latest album, "For All Kings", was called by some critics the band's strongest album to date. Its arrival followed a five-year period during which the band experienced a rebirth of sorts, beginning with ANTHRAX's inclusion on the 2010 "Big Four" tour with METALLICA, SLAYER and MEGADETH, and continuing with the 2011 release of comeback LP "Worship Music". 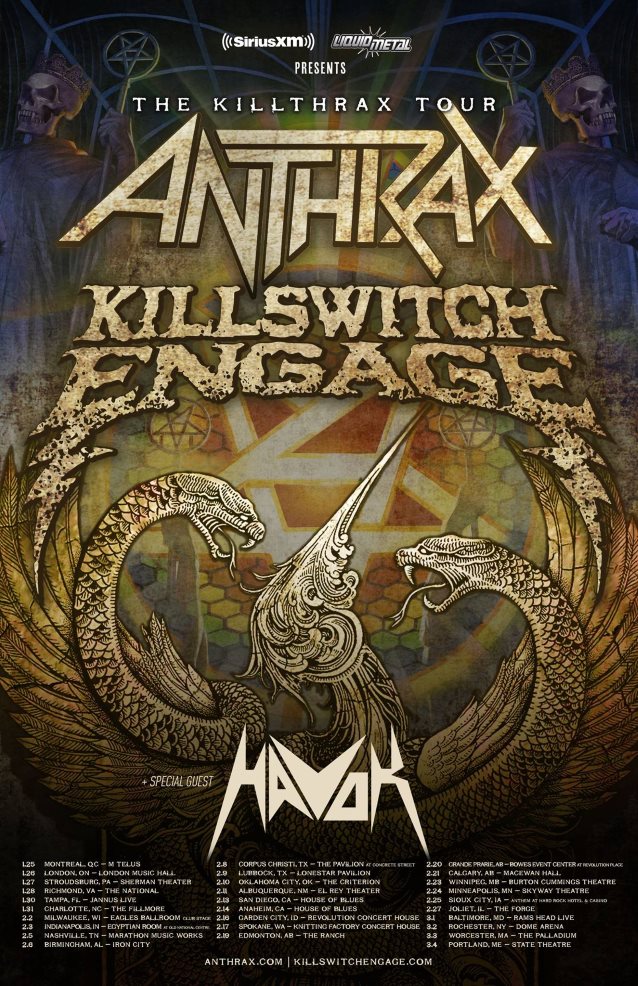