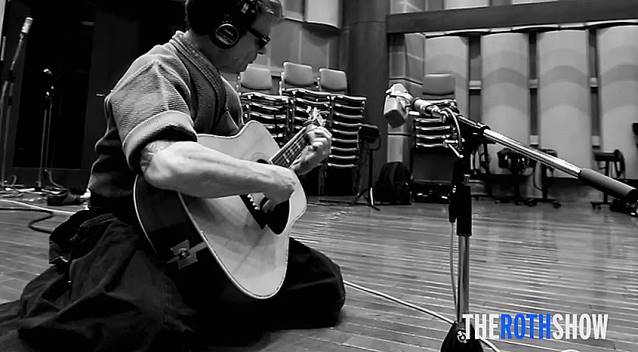 Video footage of VAN HALEN singer David Lee Roth and the Kabuki Orchestra performing "The Oo-oka River Blues" at Onkio Haus in Tokyo, Japan can be seen below.

Roth has been living part-time in Tokyo since 2012. He's been renting recording studio space in Japan and having fun learning Japanese. In addition, he put on his own radio show, "Tokyo Hi-Power Style".

According to The Pulse Of Radio, Roth said in a recent installment of "The Roth Show" that VAN HALEN is working on some kind of "secret' project. Roth said on the show, "Doing some catching up here, a little bit of a scrapbook. We've been doing a lot of traveling. [I've been] working on a great VAN HALEN project — can't announce anything or I'd have to come find you and swear you to secrecy."