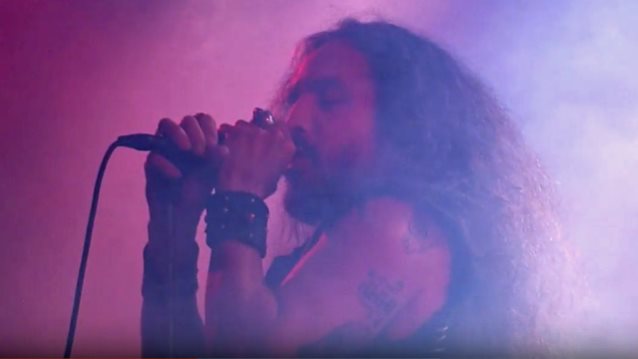 Video: DEATH ANGEL Covers BLACK SABBATH's 'Falling Off The Edge Of The World' In San Francisco

Bay Area thrash legends DEATH ANGEL closed out their year with two sold-out concerts at Slim's in San Francisco last weekend. Billed as the third annual "Another Death Angel Xmas Show", the shows have become a tradition in the Bay Area. Fans showed up in full force and were rewarded with the band opening both dates with a cover of Ronnie James Dio-era BLACK SABBATH classic "Falling Off The Edge Of The World" from the "Mob Rules" album.

Asked why DEATH ANGEL chose to cover that particular SABBATH song, drummer Will Carroll said: "Rob [Cavestany, DEATH ANGEL guitarist] suggested we do it and we all thought it was a great idea. It's my favorite song on 'Mob Rules'. We jammed on it a few times and it sounded really good, so we decided to open with it. Mark [Osegueda, DEATH ANGEL vocalist] does a hell of a job on the Dio-era SABBATH."

DEATH ANGEL is taking a break from the road before taking part in the 70000 Tons Of Metal cruise and then joining DEVILDRIVER on a month-long U.S. tour. A European trek will follow in the summer of 2017.

DEATH ANGEL's latest album, "The Evil Divide", entered The Billboard 200 chart at position No. 98 with first-week sales of just over 6,000 units — nearly all from pure album sales. The set followed the No. 72-peaking "The Dream Calls For Blood", which opened with around 5,400 copies back in 2013.

"The Evil Divide" was released on May 27 via Nuclear Blast. The CD was once again recorded at AudioHammer studios in Sanford, Florida with producer Jason Suecof (TRIVIUM, DEICIDE),who previously worked on 2010's "Relentless Retribution" and 2013's "The Dream Calls For Blood". Mastering duties were handled by Ted Jensen at Sterling Sound in New York City. The cover artwork was created by Tyrrell. 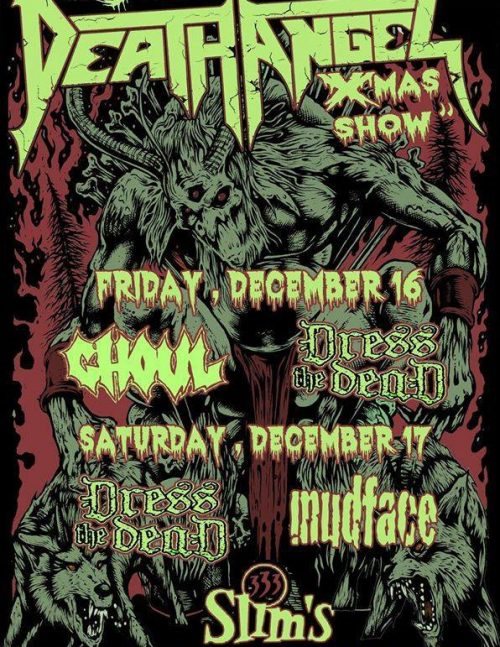