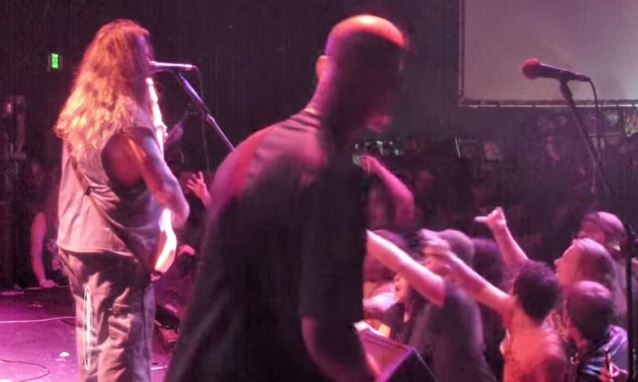 Capital Chaos TV has uploaded video footage of DEICIDE's June 8 performance at Oakland Metro in Oakland, California. Check it out below.

Due to unforeseen financial issues, the 2015 "Metal Alliance Tour" was canceled. However, the remaining dates are continuing on as a DEICIDE headlining run, featuring special guests as support (ENTOMBED A.D. is not on the bill due to the aforementioned issues). 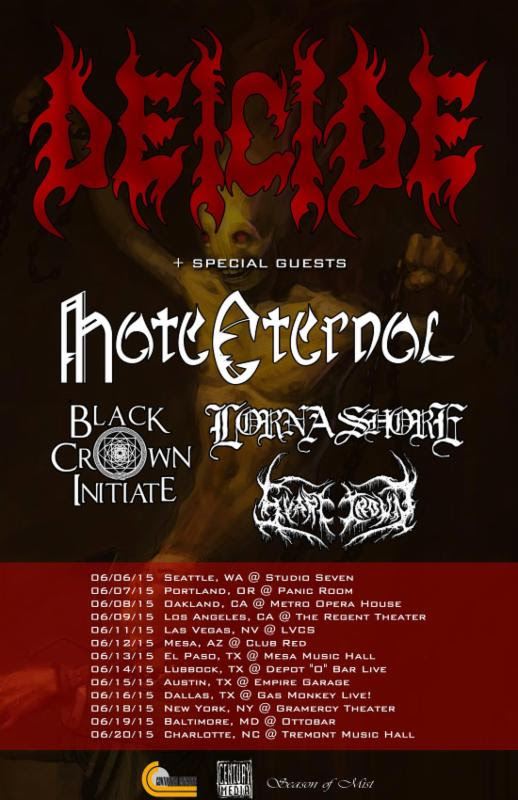