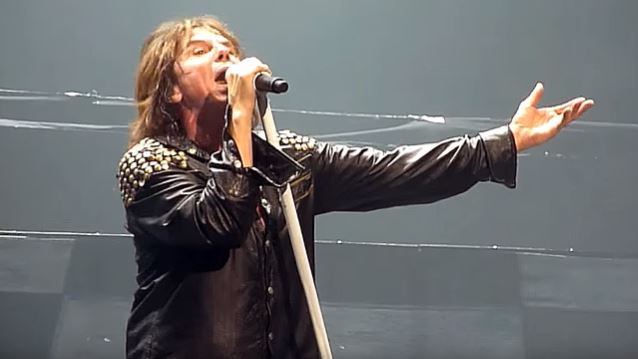 Video footage of EUROPE's December 4 concert at Zénith in Toulouse, France can be seen below.

According to Billboard.com, EUROPE's classic song "The Final Countdown", which is featured in a Geico ad, had 28,000 in digital sales and 5.8 million U.S. streams in October, up from 20,000 and 3.7 million, respectively, in September. The song spent four weeks atop Billboard's Hard Rock Digital Songs chart, marking the band's first No. 1 on a Billboard chart. The anthem reached No. 8 on the Hot 100 in 1987.

The commercial's official clip has been viewed more than 700,000 times since it was posted to YouTube in early September.

Recently, it was decided that EUROPE's momentous live appearance at Wacken Open Air festival should not only be filmed and recorded, but released as a DVD and Blu-ray. EUROPE's "War Of Kings Special Edition" includes the original "War Of Kings" CD plus the Wacken 2015 DVD and Blu-ray, and was made available in North America on December 4 via Hell & Back Recordings/UDR Music. The set comes in three formats (2-disc ecolbook CD+DVD, 2-disc ecolbook CD+ Blu-ray, limited-edition deluxe package with "War Of Kings" CD + DVD + Blu-ray and photobook),and an audio-only edition of the Wacken performance was also made available via digital format. 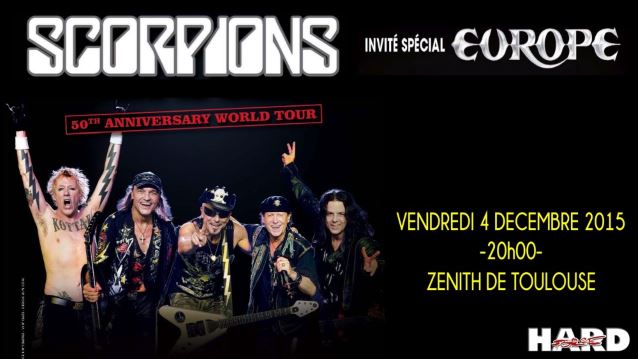