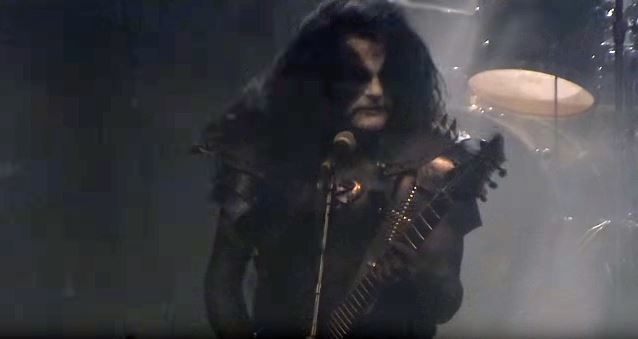 Fan-filmed video footage of ABBATH, the band led by ex-IMMORTAL frontman Olve Eikemo (a.k.a. Abbath), performing on January 23 at the O2 Forum in London, England can be seen below.

The self-titled debut album from ABBATH was released on January 22 via Season Of Mist.

ABBATH released a seven-inch single, "Count The Dead", on December 11, 2015 via Season Of Mist. The A-side features the title track while the B-side consists of a cover version of the JUDAS PRIEST classic "Riding On The Wind".

In a recent interview with Australia's TheMusic.com.au, Abbath spoke about the circumstances surrounding his departure from IMMORTAL and his decision to launch a new group. "I feel like I've been fired," he said. "It was never my intention to go solo but I really feel like I've been forced into it. Apparently they [lyricist/guitarist Demonaz and drummer Horgh] are going to continue on [as IMMORTAL] without me and that's fine — but it was very disappointing that no one, not even [IMMORTAL's record label] Nuclear Blast, wanted to hear my side of the story. The other guys wanted to do things solely on their timetable and also claimed that I need to go to rehab, which was just nonsense, because I've always delivered, live and in the studio — always." 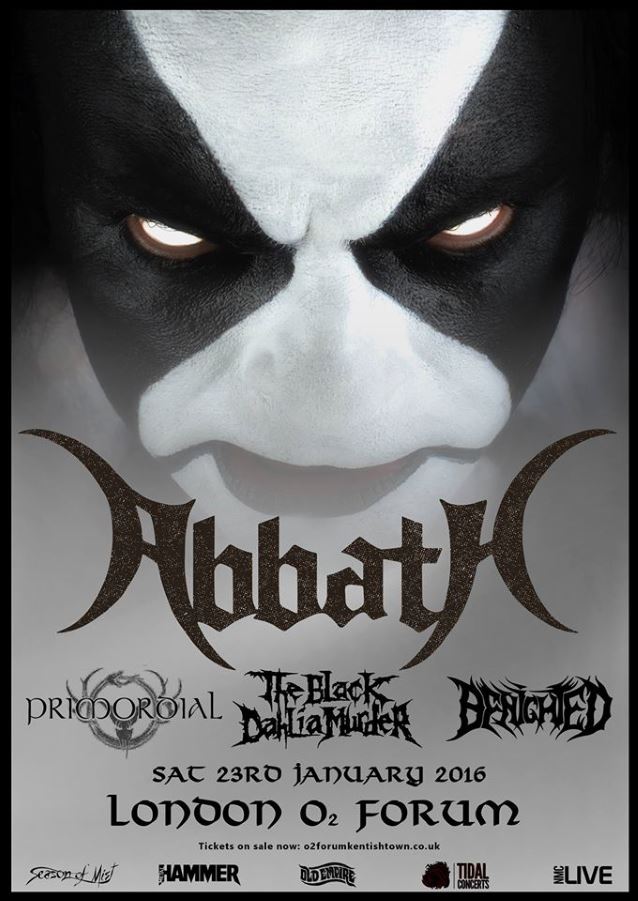