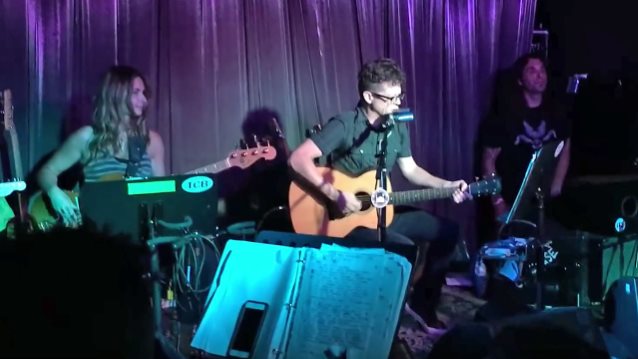 Fan-filmed video footage of JASON NEWSTED AND THE CHOPHOUSE BAND performing on July 15 at the Red House in Walnut Creek, California can be seen below.

THE CHOPHOUSE BAND began in 1992 when Newsted founded The Chophouse Records Studio in San Francisco. Following the success of METALLICA's 1991 "Black Album," The Chophouse Records Studio was conceived by Newsted to assemble friends and comrades from other established acts and groups, to have a special place to enjoy chasing ideas and sounds, having fun playing pure and wild music on breaks and downtime, mixing up wicked musical soup away from rigorous touring schedules and agendas.

Now, after 25 years of playing host to a diverse array of talent from varying genres, THE CHOPHOUSE BAND is finally offering a sampling of the musical flavors that have been cooking in these exclusive sessions and personal projects.

Regarding his decision to embark on this brand new musical journey three decades after he joined METALLICA as the replacement for Cliff Burton, Newsted said during a recent Facebook webcast: "After thirty years of playing heavy music and travelling around the world — I've been around the globe about five and a half times, fifty-five countries — I've already climbed that mountain; there is no more of that mountain to be climbed. So within the accolades that I shared of the group's success — I was one member of that group, something bigger than all of us; and we got Grammy Awards and [Rock And Roll] Hall Of Fame and all those different things — that's as far as you can go in that kind of music, and it's someone else's turn to have fun in that music now."

He continued: "I can't play like SLIPKNOT now; those guys are heavier and faster than I could ever dream of playing now. So this is how I can play, and this is what I'll do for the rest of time.

"I always wanna play music; I have to have it in my every day, and if I don't, I'll go mad — literally. Anybody that knows me knows that. And so now as I play this, I find myself being able to expose myself to more people. I'd say age four to ninety-four can listen to this music and enjoy it. How can't you like Johnny Cash? How can't you like 'Will The Circle Be Unbroken?' You have to like those songs, American music like that."

Despite the more laid-back musical direction of his new project, Newsted was quick to point out that he still plays metal "all the time. But this project happens to be this style of music," he added. "This happens to be the thing right now that I wanna share with everybody. So it's no different attitude, approach or commitment to this music as it is in metal. It's the same — the commitment to whatever style of music is always the same; I go all the way in — and now it's to the point that I just wanna do it and share it. There's not a big deal about making a bunch of money at it or any of those things, or, 'Hey, look at me here. Check me out,' or competing with anybody else; that no longer exists for me. Whatever happens in our studio now is what we're trying to share with people and anybody that gives a crap. If they wanna come and share it, that's cool. And if they don't, and they only like metal and wanna listen to metal, then peace, and more power to you. I'm doing this, and that's what's good for me. And I hope everybody else decides what's good for them."

Newsted and undisclosed "friends" will play two acoustic benefit concerts for Little Kids Rock, which provides children in economically challenged school districts with instruments and music education. The shows will take place on August 5 and August 6 at Mighty Fine Guitars in Lafayette, California.

Jason left METALLICA back in 2001 but was inducted into the Rock And Roll Hall Of Fame in 2009, along with guitarist/vocalist James Hetfield, drummer Lars Ulrich, guitarist Kirk Hammett, and the man who replaced him, bassist Robert Trujillo. 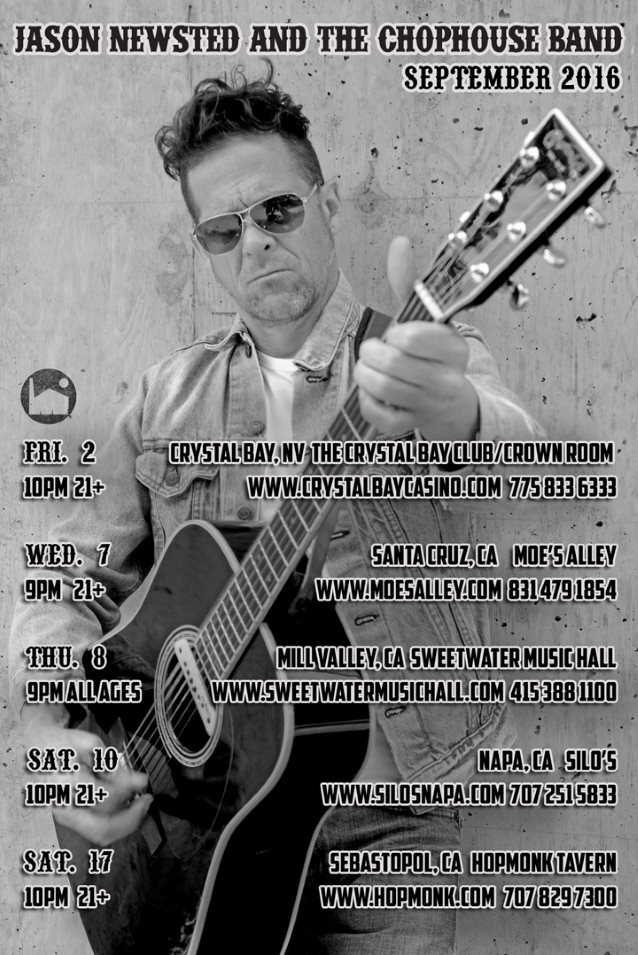