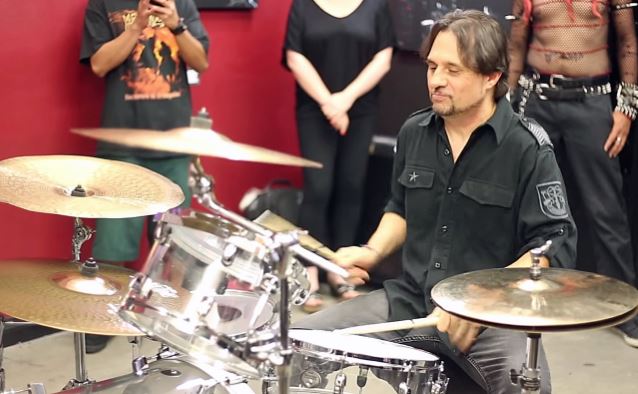 On July 11, former SLAYER and current PHILM drummer Dave Lombardo unveiled his art debut collection of rhythm-on-canvas to the public with an in-person symposium on the creation of the work.

California Rock News has uploaded a two-minute video clip of Lombardo demonstrating the creation of his art at Forgotten Saints. Check it out below.

SceneFour is the Los Angeles-based creativity house that has spearheaded the "collaborative art" movement through groundbreaking canvas work with the likes of RZA of WU-TANG CLAN, Chuck D of PUBLIC ENEMY and Bootsy Collins.

After accepting an invitation to be one of SceneFour's artist drummers, Lombardo was photographed in the dark using an array of drumsticks and rhythmic accessories that produce light, much like a painter utilizing brushes and oils. The movements featured within the captured rhythms were then studied and developed into abstract artwork. Lombardo selected and named the dozen pieces featured in the collection, while each numbered canvas in the series is signed by the man himself.

From the moment he first sat down to do the session, Lombardo knew it would be an unforgettable experience.

"Where we photographed the pieces was very inspiring," Lombardo told music writer Joel Gausten. "It was in a kind of warehouse in Downtown Los Angeles, so it sounded really good. It was just a big, cavernous room. I just went off, and they started snapping pictures... At certain points, as I noticed the way they were shooting the pictures and everything, I realized, 'Wow, I could really make this picture look better if I give it my flair or my style."

He continued: "When I'm on stage, I've noticed that I swing my arms a little more. My movements are more exaggerated. I don't restrain myself when I play; my arms are swinging all over the place. So in this environment, instead of just doing a solo for myself, I gave it that live performance feel. That's why I feel that these pictures show a little more excitement, because of the way I approached the drumming." 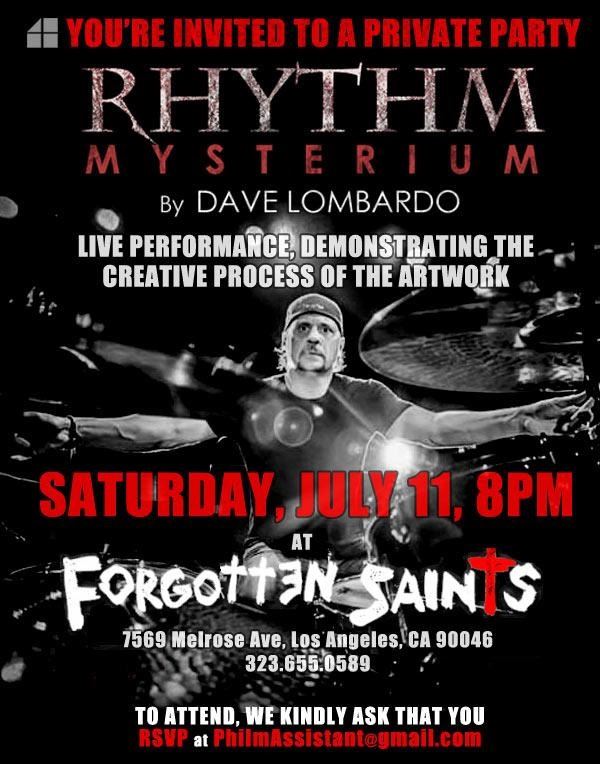