FIVE FINGER DEATH PUNCH has unleashed a game-play video for its new single, "Battle Born". The action-packed clip, which was created by Machinima director Jackfrags and based on the popular "Battlefield 4" video game, can be seen below.

FIVE FINGER DEATH PUNCH frontman Ivan Moody explains the meaning behind "Battle Born": "After getting off the road from two years of touring, I was physically and emotionally drained. It felt like I’d seen almost every inch of the globe and shook every hand there was to shake. I completely lost track of time, the flights, the travel, the shows all seemed to blur together. My family and friends became a distant memory. Even though I was doing what I'd dreamed of doing, it took all the energy that I had… it was exhausting. That made me realize, everything worth fighting for you will actually HAVE TO fight for. Every wish, every dream, every idea comes to existence only through blood, sweat and sacrifice… We are all battle born."

"The Wrong Side Of Heaven And The Righteous Side Of Hell Volume 2" track listing:

The first half of "The Wrong Side Of Heaven And The Righteous Side Of Hell" came out on July 30 and debuted at No. 2 on the Billboard album chart, selling 113,000 copies in its first week of release.

The first single from "Volume 1", "Lift Me Up", featured JUDAS PRIEST singer Rob Halford and hit the top of the rock radio chart.

"Volume 1" has sold more than 233,000 copies to date. FIVE FINGER DEATH PUNCH's three previous albums have all gone gold for sales of 500,000 copies or more. 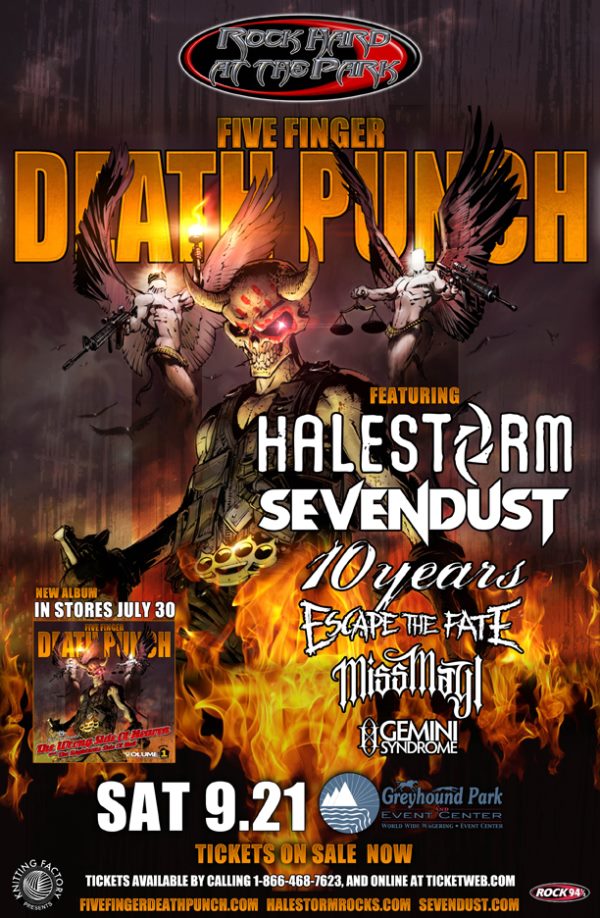