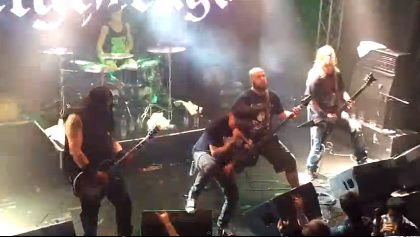 Due to "unforeseen circumstances," NIGHTRAGE's former singer, Jimmie Strimell (ENDS WITH A BULLET, ex-DEAD BY APRIL, DEATHDESTRUCTION) was unable to rejoin the band for their September 20 concert in Gothenburg, Sweden. Handling lead vocals at the show was Ronnie Nyman from ALWAYS WAR. Also appearing with NIGHTRAGE founder/guitarist Marios Iliopoulos at the Gothenburg concert were drummer Marcus Rosell (ENDS WITH A BULLET, DORM PATROL) and guitarist Jesper Strömblad (THE RESISTANCE, CEREMONIAL OATH, ex-IN FLAMES).

Fan-filmed video footage of the September 20 performance can be seen below.

Iliopoulos recently revealed that he was preparing to begin the songwriting process for the band's new album, which is expected in 2014. The group is also seeking a suitable label home for the upcoming CD following NIGHTRAGE's split with Lifeforce Records.

Due to scheduling conflicts, Hämäläinen was unable to perform with NIGHTRAGE at the Gothenburg Sound Festival on January 5 at Trädgårn in Gothenburg, Sweden. His replacement for this show was NIGHTRAGE's former frontman Tomas Lindberg from AT THE GATES.

Lindberg — who is also known for his work with THE CROWN and LOCK UP — appeared on NIGHTRAGE's first two albums (2003's "Sweet Vengeance" and 2005's "Descent Into Chaos") before being replaced by Jimmie Strimell, who sang on 2007's "A New Disease Is Born". 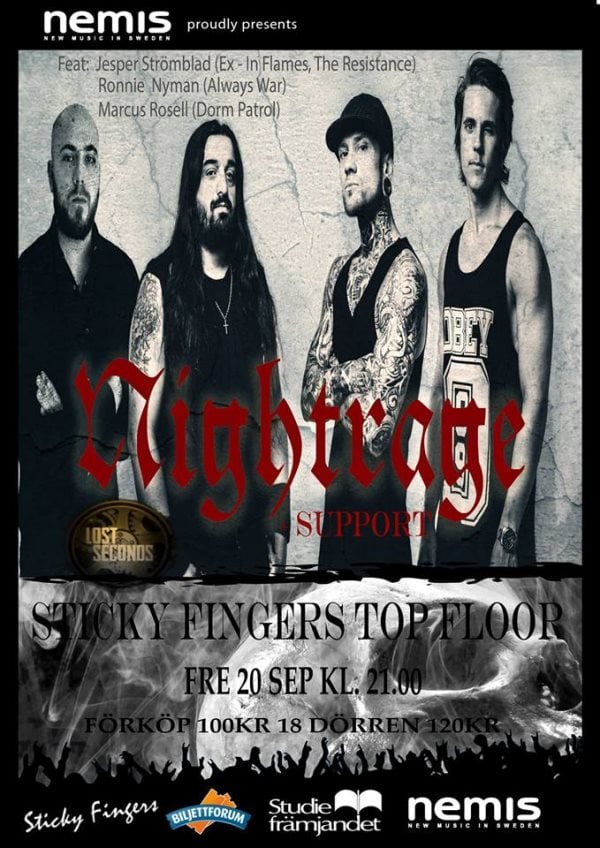