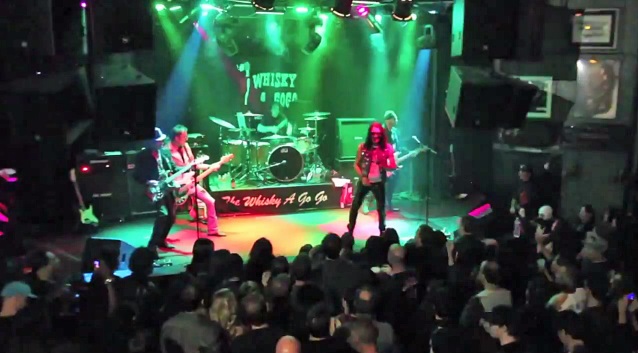 Video footage of former RATT singer Stephen Pearcy performing the song "Slip Of The Lip" on December 19 at the Whisky A Go Go in West Hollywood, California can be seen below.

Pearcy told the "Inappropriate Earl" podcast this past summer about his most recent split with RATT: "It's a permanent vacation. I mean, 30 years is enough time to be in something that's so volatile.

"People have a different opinion and impression of what goes on in rock and roll, per se, or anything in the music industry. But time spent, and I just felt it was enough, things weren't proper, and it's okay, it's all good. I have other things to do and business ventures that take up a lot of my time.

"I do have a better time [my solo band]. There's less drama and there's less overall business structure; it's more back to basics. And, like I say, I've spent my time in this beast I created. And I'm enjoying what I do. I just like getting out there once in a while. Once in a while."

Pearcy also revealed that, in his view, the dysfunctional relationships between the RATT members took a turn for the worse following tragic passing of guitarist Robbin Crosby, who died of a heroin overdose in 2002 after battling addiction for many years, contracting HIV and eventually full-blown AIDS as a result of his drug use. He said: "The end of the RATT tale, so to speak, is when Robbin passed. I knew it would never be the same. And it didn't matter if we went out there and did what we did, or continued doing it. It's never gonna be the same. No disrespect to Carlos [Cavazo], who's an amazing guitarist and person, or [John] Corabi, or whoever else stepped in. It's just not the same, and it never will be, and I knew it was. And hence all the catastrophe that followed."

Even though Pearcy announced his depature from RATT in April, he once again reiterated during the "Inappropriate Earl" interview that he '[left] the door open" to make another album with the band, which would mark RATT's first studio release since the return of bassist Juan Croucier. "If it's the original four guys, that would be cool," he said. "If it's not, well, then you'll get what you got before — 'Infestation' or the self-titled record. But until then, we'll see."

If it turns out the RATT never releases another album with Pearcy or regroups with the singer for a tour, Stephen claims to be satisfied with what the band has achieved. "I'm happy with my legacy," he said. "I mean, we do very well for ourselves in publishing; we didn't give everything away. So it's all good. I'm content. I can live with it and move on, as I have many times before.

"If somebody holds a grudge or they got their feelings hurt because I can do other things, then that's their problem. I don't need to beat a dead rat, so to speak. And we'll end it at that.

"I like moving on. The heyday is over with, you know what I mean?! Some people like to live that heyday 24 hours a day, even at their age. I don't. There's better things to do."

During an April 2014 interview with the "Trunk Nation" show, RATT drummer Bobby Blotzer slammed Pearcy over the singer's latest exit from the group, saying: "Everything [Stephen] says is delusional and complete lies. He's so destructive… Stephen doesn't know how to play ball, he's not a team player. It's Stephen's way or there's no way at all… He walks on everything. He's walked four times. Again, this year, he's walked… He's tortured us. I mean, he's kept us hostage for years. 'I'm quitting. I'm not going.' He's canceled shows, he's canceled tours.

"I think the rest of the band has proven — and you can go to YouTube, that we do — we go out there and we kick ass, and we're concise and we fucking play really good.

"But do I want him in the band? Yes, I do. I want the nice Stephen in the band." 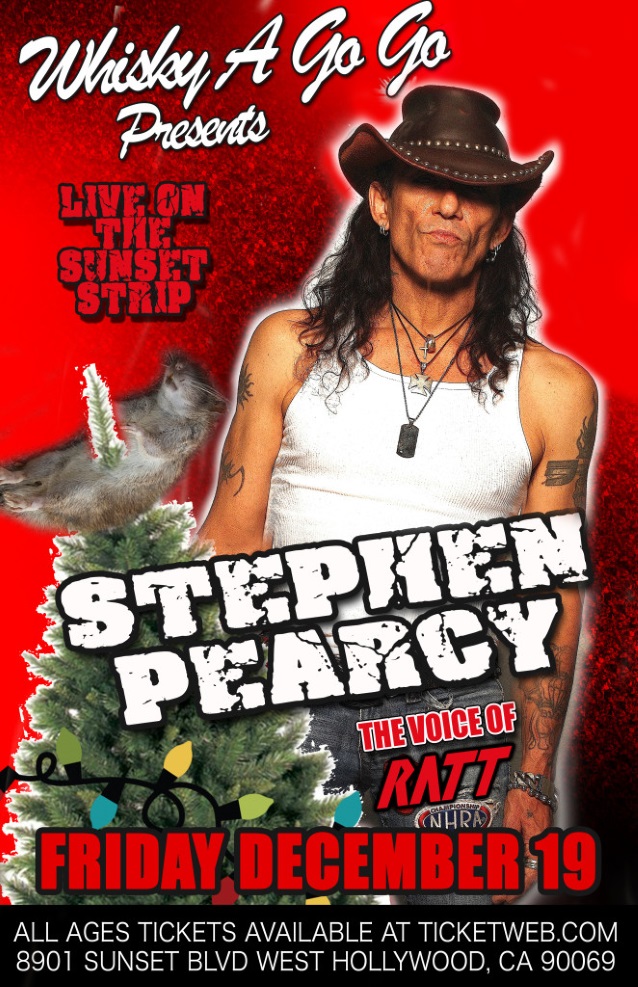