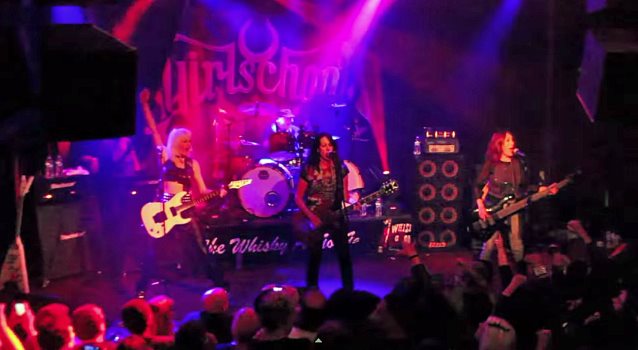 Video footage of GIRLSCHOOL's May 22 performance at Whisky A Go Go in West Hollywood, California can be seen below.

GIRLSCHOOL is touring North America for the first time in 20 years, reclaiming its rightful place as the hardest-rocking bunch of females to ever destroy a stage. Support on the trek is coming from CRUCIFIED BARBARA, OLD JAMES and VELVET BLACK.

GIRLSCHOOL is previewing tracks from its new album, "Guilty As Sin", set for release later this summer via UDR Music and, as a special treat, is selling a special-edition EP, "Propaganda!", featuring two songs from the new album ("Take It Like A Band" and "Come, The Revolution"),as well as revisiting two tracks from their classic "Hit And Run" album in the form of re-recorded versions of "Kick It Down" and "Watch Your Step". Rounding out the EP, which is limited to 300 copies, is the girls' blistering cover of the BEE GEES classic "Staying Alive". 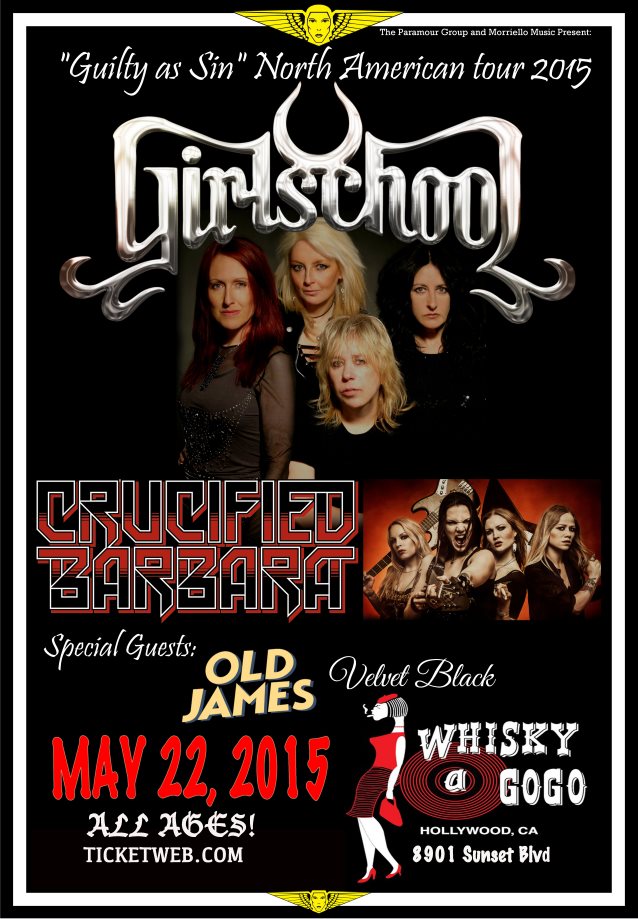