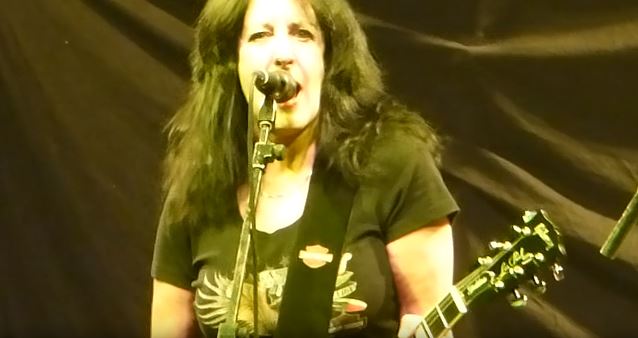 Fan-filmed video footage of GIRLSCHOOL's November 24 performance at Jahrhunderthalle in Frankfurt, Germany during the band's European tour as the support act for MOTÖRHEAD and SAXON can be seen below.