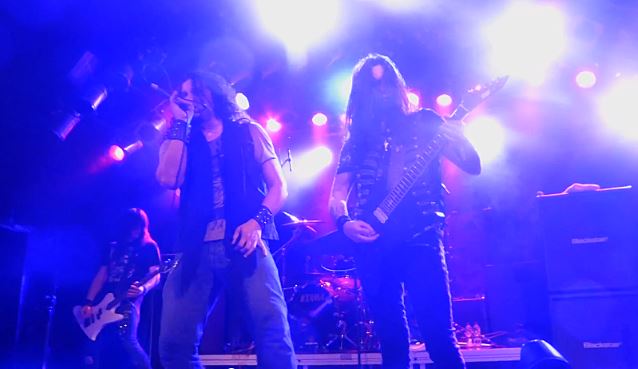 Fan-filmed video footage of Gus G. — well known in rock and metal circles for his work as Ozzy Osbourne's guitarist and as leader of his own band FIREWIND — performing the OZZY OSBOURNE classic "Crazy Train" on March 5 at Kulturbolaget in Malmö, Sweden can be seen below. Joining Gus at the show on vocals was Jeff Scott Soto, who has previously sung for TALISMAN, TRANS-SIBERIAN ORCHESTRA, JOURNEY and YNGWIE MALMSTEEN. 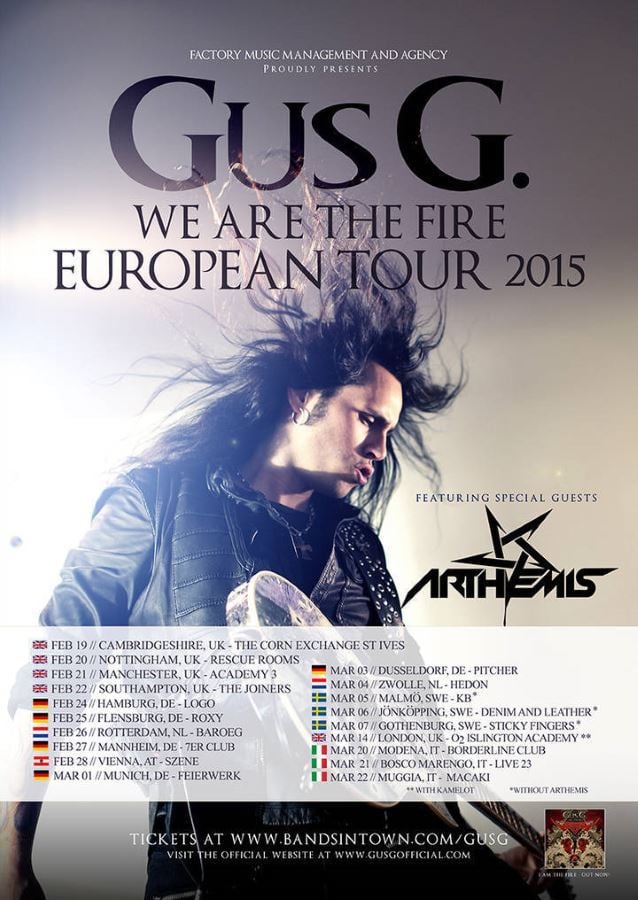