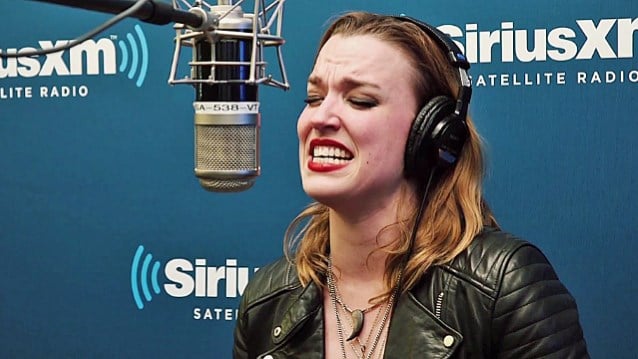 Video footage of HALESTORM performing an acoustic version of the band's cover version of LITTLE BIG TOWN's "Girl Crush" at the studios of SiriusXM's Octane can be seen below.

HALESTORM singer Lzzy Hale told The Pulse Of Radio that the band set out to make a unified album despite its many different sounds. "This entire record is like one big song with different elements to it, so it's hard to pick it apart — for me, it's hard to pick it and say, 'Oh, well, that's my favorite song,' because they all don't sound alike and each one lends itself to the other," she said.