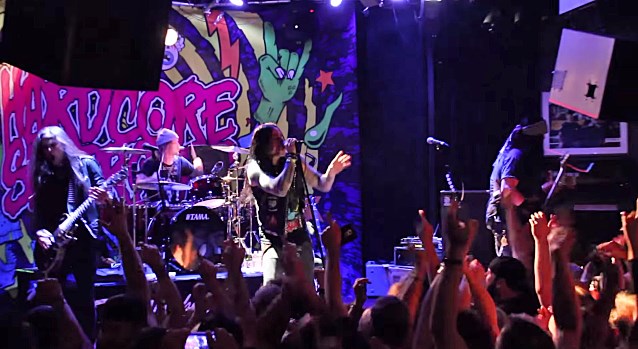 Video footage of Swedish sleaze rockers HARDCORE SUPERSTAR performing on January 24 at the Whisky A Go Go in West Hollywood, California can be seen below.

HARDCORE SUPERSTAR in October released a brand new single called "Glue". The track is expected to appear on the band's next studio album, due in early 2015. The CD is being mixed by Joe Barresi, who has previously worked with SLIPKNOT, QUEENS OF STONE AGE and SOUNDGARDEN, among others.

HARDCORE SUPERSTAR's latest CD, "C'mon Take On Me", was released in Europe on March 1, 2013 via Nuclear Blast Records. The follow-up to 2010's "Split Your Lip" was produced by the bandmembers themselves and mixed by Randy Staub (METALLICA, MÖTLEY CRÜE, THE CULT). 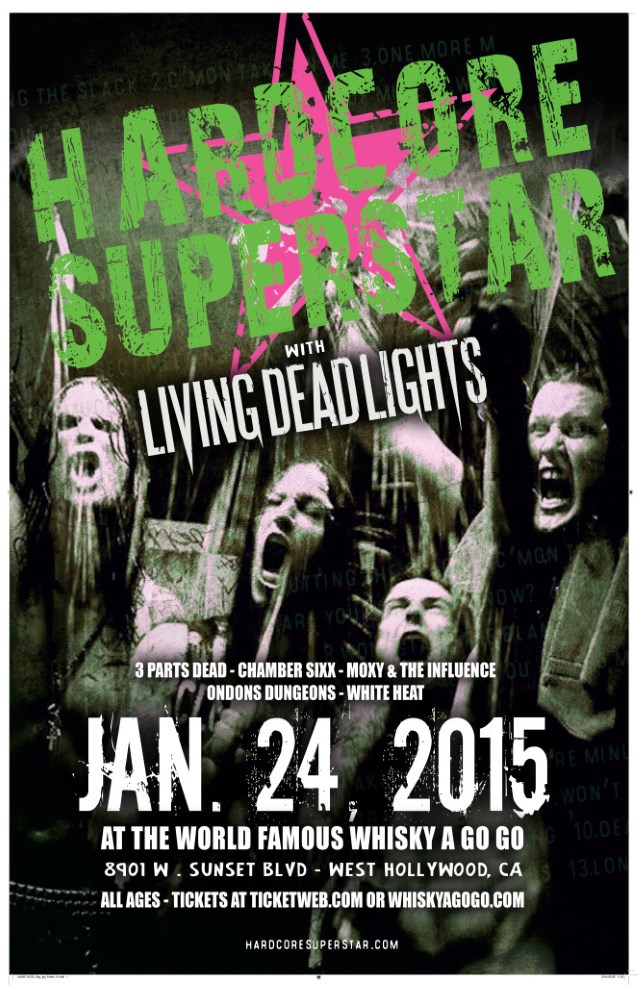