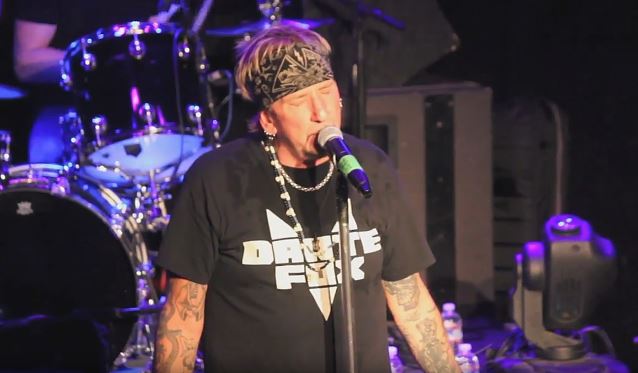 Video footage of JACK RUSSELL'S GREAT WHITE — which features ex-GREAT WHITE singer Jack Russell alongside former GREAT WHITE bassist-turned-guitarist Tony Montana (as a guitar player and keyboardist),Dan McNay (MONTROSE) on bass, Robby Lochner (FIGHT) on guitar and Dicki Fliszar (BRUCE DICKINSON) on drums — performing the GREAT WHITE classic "Save Your Love" on September 29 at the Whisky A Go Go in West Hollywood, California can be seen below.

Speaking about what goals he has left to achieve, Jack recently told the KBAD 94.5 FM radio station in Sioux Falls, South Dakota: "Ninety-nine percent of my dreams have happened. I've got one more, and that is to be more successful than I've been. I never felt like I got to that. I feel like I got to the plateau, but never went where I should have gone."

Jack also spoke about JACK RUSSELL'S GREAT WHITE's forthcoming debut album, "The Gauntlet", which will released in January/February via Frontiers Music Srl. He said: "I believe this new album, even as bad as the music scene is, [it's] the best album I've ever done, [the best] songs I've ever written," Jack said. "Robby and I, there was just a magic about the chemistry, and I thought after writing with somebody for thirty-something years, 'I hope I can find that again,' you know? It's just an outstanding record."

Regarding the lyrical themes covered on "The Gauntlet", Jack said: "I like to write about my life, and most of the songs on every record have been about my life, [but on] this one more directly. I've talked about addiction in minor ways, and I've talked about heartbreak, and I've talked about love. But this album, we talk about stuff I've never written about. And when we go to talking about love, we talk about it from a different aspect than I ever have. And since I have a true love now in my life, I actually can write songs and not have to just fake the wife out by going, 'Oh, yeah, of course that's for you.' That's been, like, for three wives already. 'No, I never told her that. That's a lie.'"

In 2014, JACK RUSSELL'S GREAT WHITE gave fans a taste of new music with the release of the single "Hard Habit" which received rave reviews from fans clamoring for the "classic" early sound of GREAT WHITE. 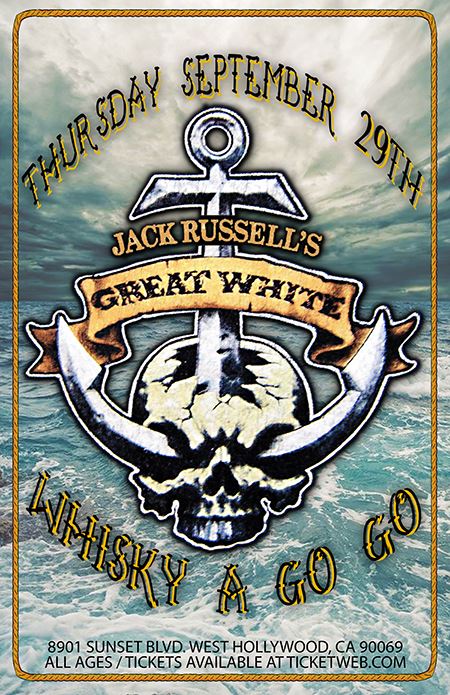