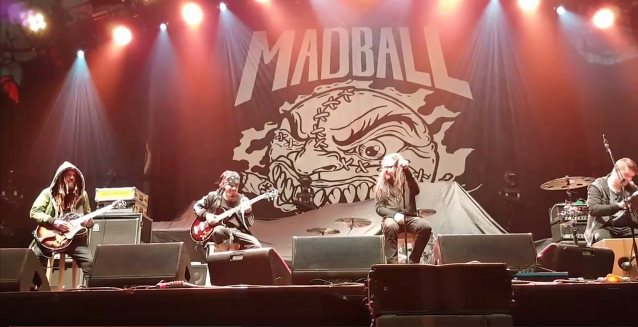 Video footage of KORN performing an acoustic version of the song "Alone I Break" for VIP ticket holders before the band's December 16 concert at The SSE Arena, Wembley in London, England can be seen below.

KORN has just completed a U.K. tour in support of its twelfth studio album, "The Serenity of Suffering", which was released on October 21 via Roadrunner Records. Co-headlining the tour were KORN's longtime friends LIMP BIZKIT.

The follow-up to 2013's "The Paradigm Shift", "The Serenity Of Suffering" was helmed by Grammy Award-winning producer Nick Raskulinecz, who has previously worked with FOO FIGHTERS, DEFTONES, MASTODON and RUSH, among others. The CD features a guest appearance by SLIPKNOT frontman Corey Taylor on the song "A Different World".

The cover art for "The Serenity Of Suffering" was created by acclaimed artist Ron English. It depicts a teenage KORN fan at a dystopian acid-nightmare funfair who is clutching a disembowelled and skeletal version of the doll who adorned 1999's "Issues".

"The Serenity Of Suffering" marks the second KORN album since the return of guitarist Brian "Head" Welch, who said, "This is a record to me that the intensity of KORN is back, and the live energy. Raw energy is there." 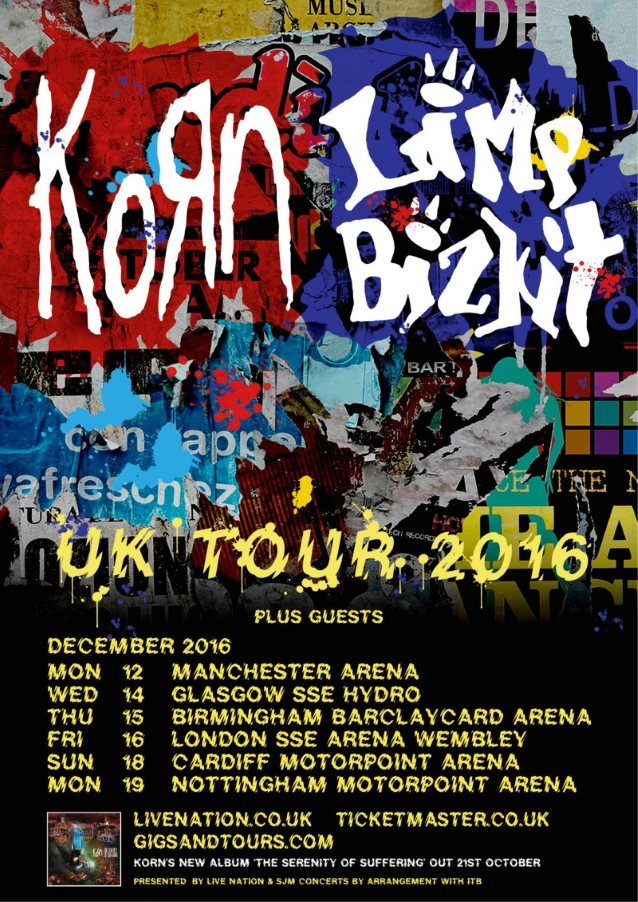