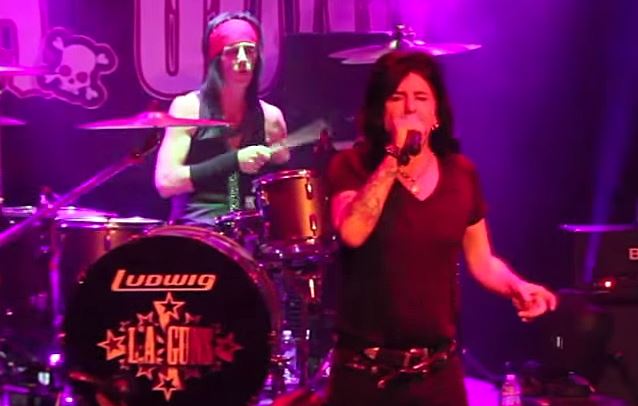 Video footage of L.A. GUNS performing the song "Wheels Of Fire" on July 31 at the Whisky A Go Go in West Hollywood, California can be seen below (filmed by Jake Perry).

L.A. GUNS announced in September 2014 that bassist Scotty Griffin and the band "decided to part ways," adding that the group was welcoming back Kenny Kweens as Scotty's replacement.

Several hours after his exit from L.A. GUNS was made public, Griffin took to his Facebook page to refute the band's claim that the split was amicable. He said: "I was kicked out, plain and simple. Or, as it was exactly worded, 'Phil has decided the band is going to move forward without you.'"

He added: "Why it was posted as 'Scotty Griffin and the band have decided...' is beyond me. I was never part of this decision. I never knew this decision was being made, and I never wanted, nor ever said I wanted to leave L.A. GUNS." 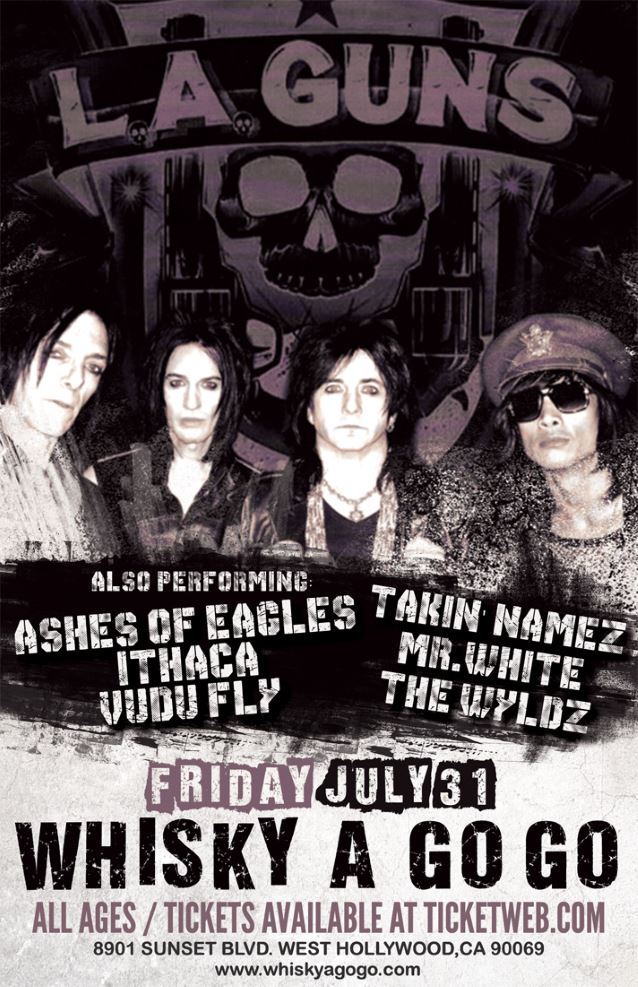