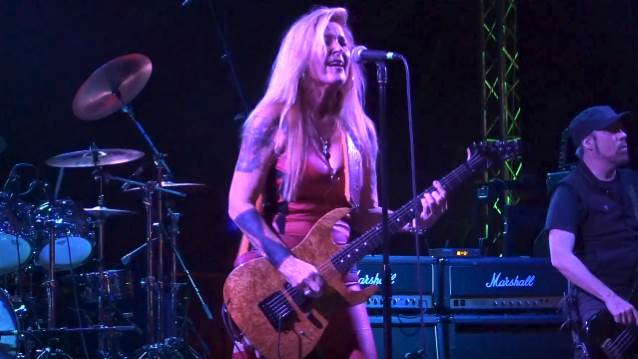 Fan-filmed video footage of Lita Ford's June 7 performance at the Proof Rooftop Lounge in Houston, Texas can be seen below.

Lita revealed in a recent interview that she is planning to release a standalone song this summer. It's a duet and a cover, she said, but she declined to divulge any more. "We have a single that is a surprise for the fans, which is really cool," she said. "It will be out on 4th of July and it is bad to the bone, and I am really proud of it. It's a cover tune. It is going to hit home with a lot of people."

Lita has spent the last few months working on new music with guitarist/producer Gary Hoey, who previously collaborated with her on 2012's "Living Like A Runaway" disc.

Ford's last release was 2016's "Time Capsule", a collection of songs that were recorded by Ford in the past, but never before made available.

Two years ago, Lita released an autobiography, "Living Like A Runaway: A Memoir", via Dey Street Books (formerly It Books),an imprint of HarperCollins Publishers. 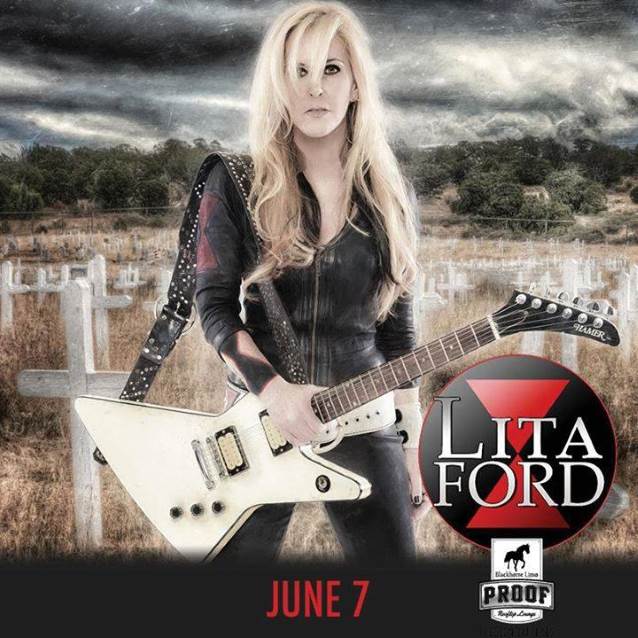