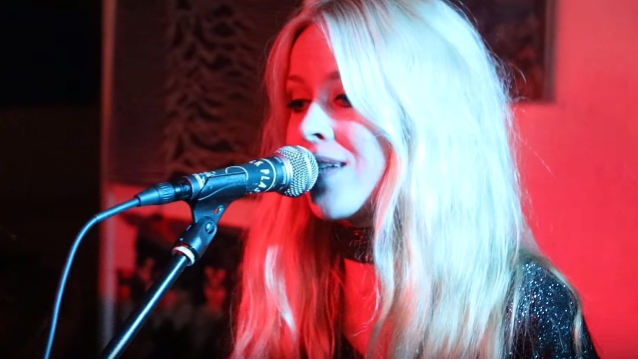 Heavy rockers LUCIFER performed acoustic versions of the songs "Dreamer" and "Phoenix" on October 9 at Black Plastic Records in Dortmund, Germany. Video footage of their appearance can be seen below (filmed and edited by Dirk Behlau).

"Dreamer" and "Phoenix" are both taken from LUCIFER's new album, "Lucifer II", which was released in July via Century Media Records.

Commented singer Johanna Sadonis: "A few months ago we had the honor to play an intimate acoustic set at Dortmund's notorious Black Plastic Records. Face to face and up close to our audience. It was a special evening and we are glad Dirk Behlau captured the moment with his camera. It was the calm before a wild DJ set of Nicke and me. We were dancing till the wee hours among the vinyl shelves with those who attended. Good times!

"We are now itching to hit the northern roads next week to embark on a series of Scandinavian shows! Lock your children! LUCIFER is coming!"