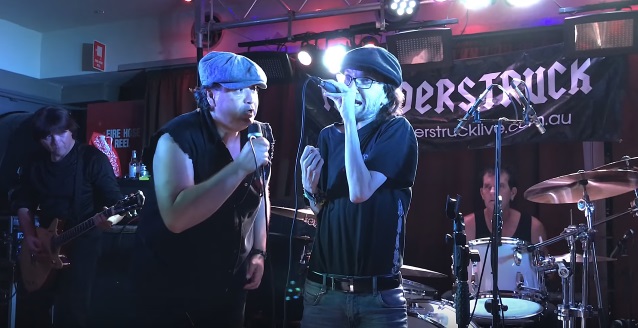 Malcolm Young's son Ross Young joined the AC/DC tribute band THUNDERSTRUCK on stage on December 16 at the Epping Hotel in Epping, New South Wales, Australia to perform a couple of classic songs co-written by his father. Fan-filmed video footage of his appearance can be seen below.

Malcolm, who co-founded AC/DC with brother Angus in 1973, died on November 18 at the age of 64 after suffering from dementia and failing health for several years.

Malcolm was remembered as "quiet, humble and understated" at his funeral in Sydney, Australia on November 28, according to ABC News. Hundreds of people gathered at St. Mary's Cathedral for the service, including Angus, former AC/DC drummer Phil Rudd and ex-AC/DC bassist Mark Evans. Eulogies were read by Bradley Horsburgh and David Albert.

Ross and Angus were pictured side-by-side as they left the funeral, with Ross wearing dark glasses.

One of Malcolm Young's guitars was carried into the church for the service, while guitar picks inscribed with his date of birth and death were handed out with the official funeral programs.

After the service, a pipe band played a medley of songs as the funeral procession left St. Mary's, including the guitar solo from AC/DC's "It's A Long Way To The Top", as well as "Waltzing Matilda" and "Road To Gundagai".

Malcolm is survived by his wife O'Linda, children Cara and Ross, son-in-law Josh, three grandchildren and his sister and brother. 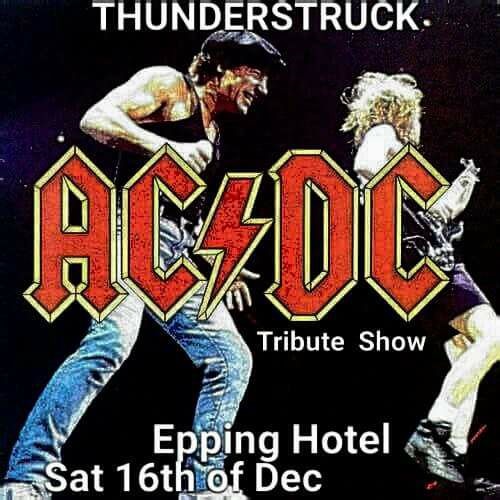