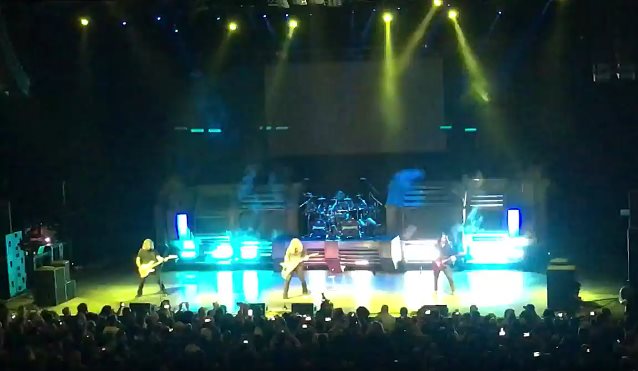 MEGADETH played the title track of its new album, "Dystopia", live for the first time last night (Friday, February 26) at Pearl Concert Theater at Palms Casino Resort in Las Vegas, Nevada. Check out fan-filmed video footage of the performance below.

MEGADETH mainman Dave Mustaine recently stated about the "Dystopia" title track: "'Dystopia' is probably more along the lines of something from 'Rust In Peace' — kind of 'Hangar 18'-ish. And the same way 'Fatal Illusion' is a lot like 'Black Friday' and 'Bad Omen', this song, really, is us returning a lot to our roots."