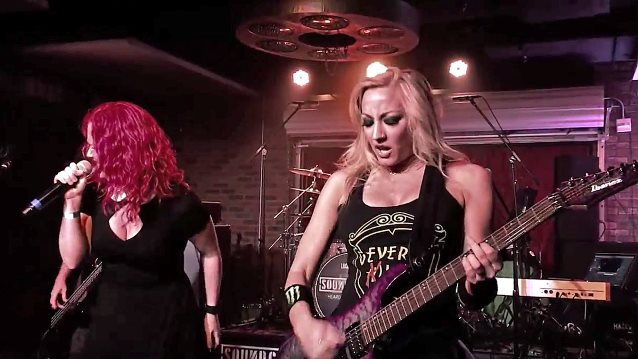 Video: Members Of ALICE COOPER's Band, THE IRON MAIDENS Perform Cover Of 'The Number Of The Beast'

Members of Alice Cooper's band and THE IRON MAIDENS joined forces last night (Wednesday, June 1) during the twelfth weekly "Soundcheck Live" at Lucky Strike Live in Los Angeles, California to perform a cover version of IRON MAIDEN's "The Number Of The Beast". Check out video footage of their rendition below.

The lineup for the performance was as follows:

Lucky Strike Live in Los Angeles, California has become a hotspot for music fans over the past year with random onstage performances by popular artists in the rock genre. Fans have clamored for a spot in front of the stage to witness one-of-a-kind performances by artists they might otherwise pay inflated ticket prices to see in a venue that seats thousands and thousands of patrons.

Scheduled for regular shows on Wednesday nights at Lucky Strike, "Soundcheck Live" will continue to be free to participants and will offer new guests, new and different setlists and rare opportunities for music fans to get up close and personal with the musicians they love in an atmosphere that embraces the rock and roll community in Southern California.