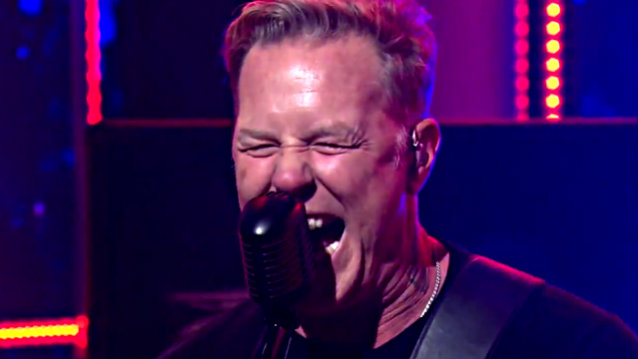 METALLICA performed the song "Sad But True" on the fifth and final night of the band's week-long residency as the musical guests on CBS-TV's "The Late Late Show With Craig Ferguson". Check out video footage of the band's appearance below.

On Monday, METALLICA kicked off its "Ferguson" residency with a performance of "Hit The Lights", the opening track to its 1983 debut album, "Kill 'Em All". Lars Ulrich and James Hetfield also sat down with Ferguson for an interview. Tuesday saw the band performing "Fuel" and Wednesday featured a performance of "For Whom The Bell Tolls". On Thursday, the group played "Enter Sandman".