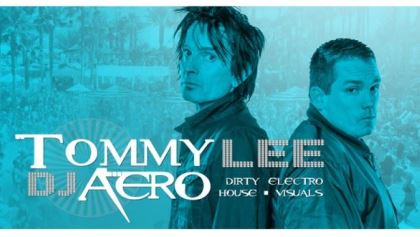 MÖTLEY CRÜE drummer Tommy Lee and DJ Aero performed at Rehab in the Hard Rock Hotel in Las Vegas, Nevada on September 29. Video footage of their appearance can be seen below. Photos are available at VegasNews.com.

In a 2011 interview with BerkleeGroove.com, Lee was asked if he considered DJing to be sort of a "side thing," or if that was what he mostly did at that time. "It's never really been a side thing," he replied. "It's been a long transition because everyone knows my background as a rock guy, but we've been making some new music now and we're getting on the right tours, playing the right places, in front of the right people. Yes, it's a lot of fun, and we really enjoy doing what we do, but it's something Aero and I take really seriously."

Asked if he's always been into electronic music, Lee replied: "I'm a drummer, so I've been into pretty much anything with electronic beats for forever, it seems like. Professionally, I met Aero in 2000, and in 2004 we started going out as a team and doing what we do."

He added: "Aero and I are a team, so you got two guys up there that are bringing all of it live. We're not just your 'press play' DJs. A lot of the stuff is getting mixed on the fly with live drumbeats and live visuals. It's not your typical DJ set." 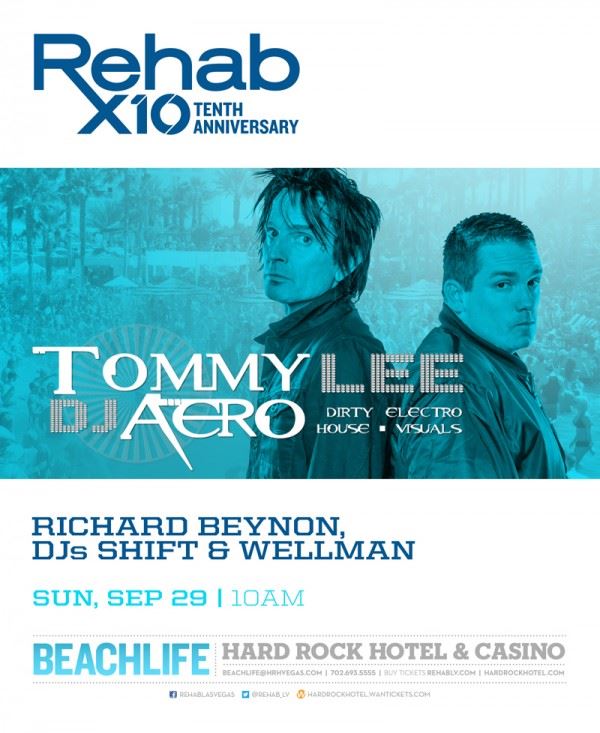