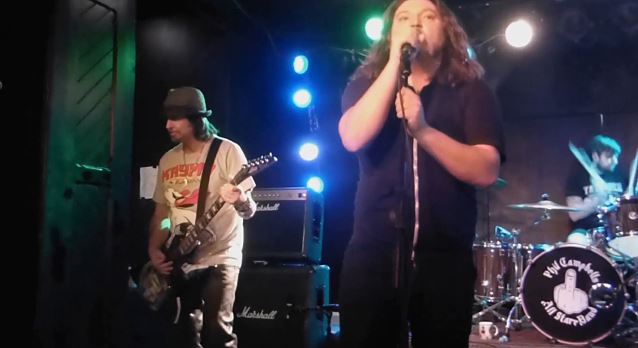 Fan-filmed video footage of MOTÖRHEAD guitarist Phil Campbell's ALL STARR BAND performing on December 4, 2014 at Mr Kyps in Poole, England can be seen below.

ALL STARR BAND features Phil alongside his three sons: Todd, his eldest, and Dane from STRAIGHT LINES; and Tyler from THE PEOPLE THE POET.

ALL STARR BAND's setlist is full of classic MOTÖRHEAD songs infused with covers of some of Phil's favorite bands, including BLACK SABBATH.

Asked what fans can expect when they see ALL STARR BAND, Campbell told Birmingham Mail: "It's a party atmosphere. You can expect good quality cover songs from a great band with a great singer. There [are] some MOTÖRHEAD songs, some other classics, and [it is] a great experience for everyone."

According to Phil, the ALL STARR BAND is looking to enter the studio in the coming months to record some of its own music. "We've been writing original material and, hopefully, there will be some concrete plans on that front for the future," he said.

Phil Campbell has been the lead guitarist in MOTÖRHEAD for 30 years. 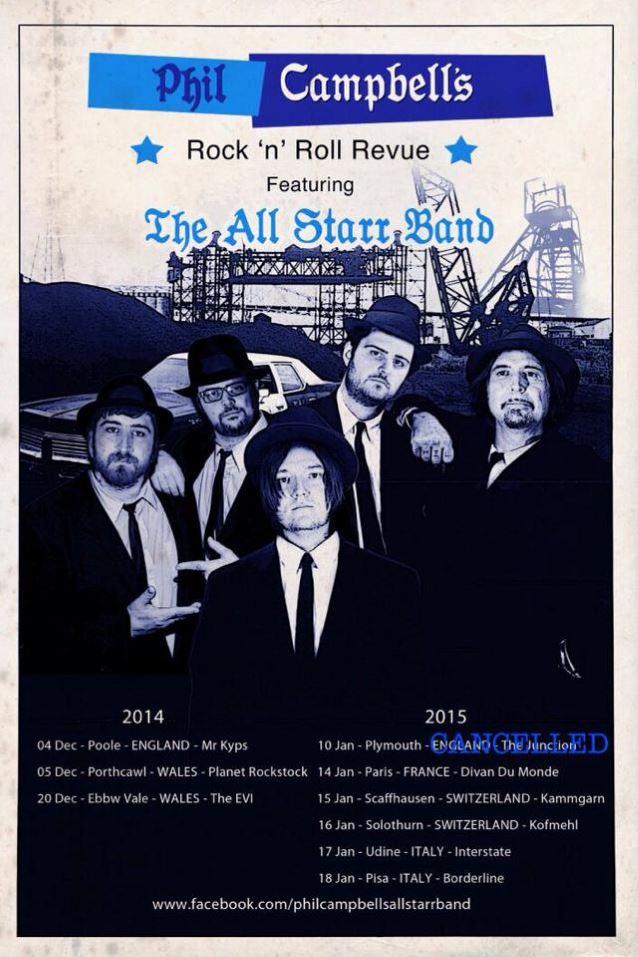