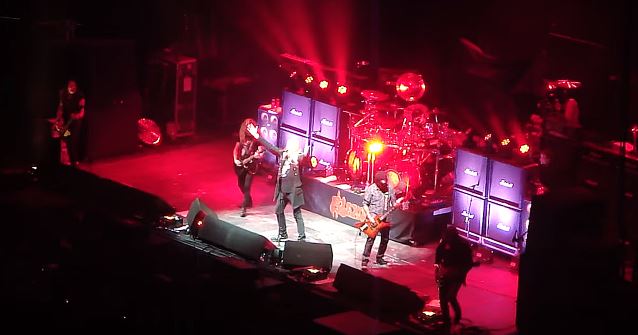 MOTÖRHEAD guitarist Phil Campbell joined SAXON on stage on December 6 at Hartwall Areena in Helsinki, Finland to perform the SAXON classic "747 (Strangers In The Night)". Fan-filmed video footage of his appearance can be seen below.

SAXON is currently touring Europe as the support act for MOTÖRHEAD.