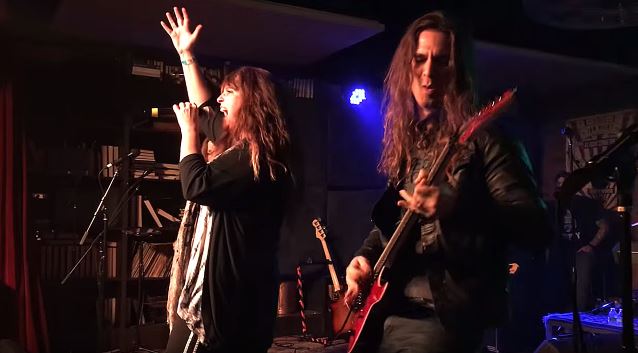 In a recent interview with Jump Metal, Loureiro was asked what it has been like joining MEGADETH as the replacement for Chris Broderick. He responded: "Yeah, it has been great to work with [Dave] Mustaine [MEGADETH mainman], [David] Ellefson [MEGADETH bassist] and Chris Adler [LAMB OF GOD drummer, who played on the upcoming MEGADETH CD and is playing select shows with the group]... It's amazing [to be part of MEGADETH]. It's a great opportunity, it's a great band, great guys, great music. I'm very honored to be in MEGADETH and that the guys have chosen me to be the guitar player. It's a band that always had a great spot for guitar players. They always had great guitar players since the beginning: Chris Poland, Marty Friedman, Chris Broderick... some great guitar players. So I'm honored to be part of this legacy."

Mustaine told Revolver about Loureiro: "Finding Kiko was really a mind-blower. It was the first time since Marty Friedman joined the band that I was really intimidated as a player. He's such an amazing talent, and he's been coming in with all of these fresh ideas." Mustaine has also called Loureiro the "best guitarist we've ever had," adding that he was a good fit personality wise. "Chris [Broderick] and I had a good chemistry, but we weren't really as close as I would have wanted us to be," Mustaine explained. "Kiko, I feel like I've known him for years."