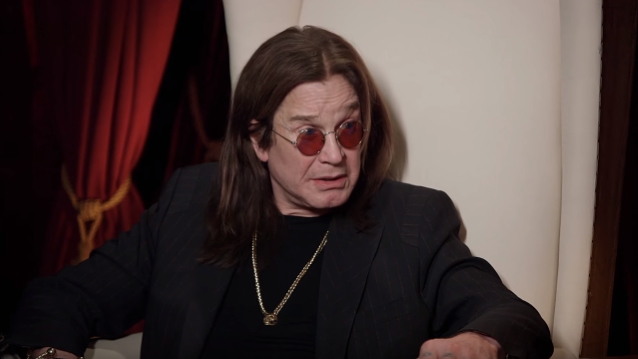 Video: OZZY OSBOURNE Out And About With SHARON On New Year's Day

TMZ has posted a new video of Ozzy Osbourne and his wife/manager Sharon Osbourne out on New Year's Day, filling up their Rolls-Royce at a gas station in Los Angeles. The clip, which can be seen below, was shot the same day that Radar Online published a report claiming that the Prince Of Darkness was "in such dire straits" that he "didn't even realize" Sharon "missed the holidays with him for the first time in 40 years."

In the video, Ozzy can be seen moving around in the car while rocking his trademark shades and a cane, as Sharon happily chats away with the TMZ Celebrity Tour guide.

Earlier today, Ozzy's daughter Kelly dismissed reports that her father is on his "deathbed" as "utter bullshit." She wrote on social media: "It's no secret that my dad has had a rough year when it comes to his health but come the F*CK on this is utter bullshit."